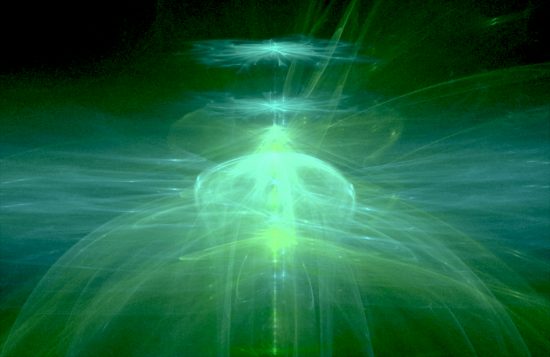 Gamma-ray Bursters (GRB), and Fast Radio Bursters (FRB) are thought by astronomers to be the most powerful energy sources in the Universe.

The problems associated with GRB observations are partially addressed in previous Pictures of the Day. GRBs are characterized by intense electromagnetic emissions, particularly rapid gamma-ray pulses. The first few GRBs were discovered at redshift distances approaching 12 billion light-years. Since some extreme supernovae are said to emit gamma-rays when they occur in stars containing many times the mass of the Sun, if the astrophysical distance calculations are accurate, then cosmic energy sources beyond supernovae called “hypernovae” must exist. However, that speculation does not include a mechanism by which a hypernova creates a GRB.

FRBs are thought to blast out more energy than the Sun puts out in a month inside of five milliseconds. However (ironically), instead of hypernovae, FRBs are surmised to result from black hole destruction. That idea is considered speculative, even by conventional astrophysicists. Instead, a more popular theory invokes another hypothetical entity, a “blitzar”. A blitzar is supposed to be a spinning neutron star whose angular momentum prevents it from collapsing into a black hole. Blitzars are “super lighthouses”. Since they are thought to be over 11 billion light-years away, their radio jets must be enormously powerful. For a blitzar radio burst to reach Earth, “overweight neutron stars” are necessary in the theory.

As a side note, “blazars” occur within active galaxy nuclei (AGN), so they are orders of magnitude more powerful than blitzars. Astronomers also say that blazars appear so powerful because they see their plasma jets head on. Blitzar jets are at stellar scales and are viewed at an angle.

Those violent radiation sources are detected through the use of redshift theory, so bizarre “explanations” are always necessary, in order to keep alive the idea that Doppler-shifted Fraunhofer lines can be used as a convenient yard stick.

Laboratory experiments reveal that the easiest way to accelerate electrons to high velocity is in an electric field. It is those high-velocity electrons that are associated with gamma-rays. Although astrophysicists see the “corkscrews”, as they call them, in their observations, they do not associate them with helical Birkeland currents creating z-pinches. Electric charge flow in plasma generates electromagnetic fields that constrict the current channels. Those electromagnetic filaments remain coherent over long distances, transmitting vast amounts of electricity through space. Those filaments are the jets seen in galaxies and stars, with concentrations of energy at various points.

In an Electric Universe, it is not merely magnetic fields twisting around like corkscrews that accelerate electrons and produce gamma-rays, it is electromagnetic fields.