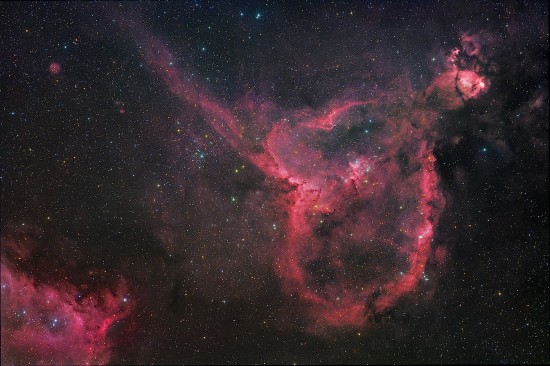 Welcome to The Thunderbolts Project

From the smallest particle to the largest galactic formation, a web of electrical circuitry connects and unifies all of nature, organizing galaxies, energizing stars, giving birth to planets and, on our own world, controlling weather and animating biological organisms. There are no isolated islands in an electric universe.
~David Talbott and Wallace Thornhill, Thunderbolts of the Gods

The Thunderbolts Project is the collaborative voice of the Electric Universe movement established in 2004. It is a trademark of the non-profit T-Bolts Group Inc. Its prime mission is to explore the Electric Universe paradigm. Historical and current discoveries in the sciences emphasize the dynamic role of the electromagnetic force in nature, from quantum worlds and biological systems to planetary, stellar, and galactic domains.

With the growing Internet presence of The Thunderbolts Project, it places a spotlight on interdisciplinary research, direct observation, and experimental work confirming the pervasive role of the electric force in nature. Founder and director is David Talbott. Chief science advisor is the Australian physicist Wallace Thornhill.

Among its many activities, The Thunderbolts Project publishes educational books and videos, sponsors meetings and conferences, and produces a comprehensive website featuring the Thunderbolts Picture of the Day (TPOD), the Essential Guide to the Electric Universe, a public forum and much more. In addition, it promotes groundbreaking research, free from all ties to academic, corporate, or governmental institutions.

The Thunderbolts Project is primarily a volunteer-run organization, supported by private donations, large and small.  For other donation options, visit our Patreon campaign.

Each year The Thunderbolts Project team adds significantly to the total body of available Electric Universe materials, including the following:

We originally produced a simple weekly newsletter but upgraded it in 2013:

Gateway to the Electric Universe on the Internet is www.thunderbolts.info, including the following main sections:

Picture of the Day (TPOD)

We have published two useful guides: one for beginners and one for more scientifically trained readers as well as a supplement to the two guides on common misconceptions plus a FAQ Sheet. One of the Thunderbolts Forum moderators created an archive of EU material as well:

Beginner’s Guide to the Electric Universe

We have published two comprehensive books that are excellent sources of information:

The Thunderbolts Project YouTube Channel has received more than 38.2 million views, with over 208,000 subscribers (October 2022.) Popular features on the channel include:

EU2017 available as a rebroadcast for $29USD

Electricity of Life — a series highlighting new discoveries in bioelectricity

Remembering the End of the World —  Provide glimpses of David Talbott’s life and his original work into the human experience of planetary catastrophe in ancient times.

We have produced six international conferences since 2012:

For many years principals of The Thunderbolts Project have called for systematic laboratory testing of the Electric Universe paradigm, including such key themes as the electric sun hypothesis and the electrical scarring of planets and moons. Groundwork began to be laid two years ago, and the progress could add greatly to the EU impact on the sciences.

SAFIRE
Recently, the independent SAFIRE Project, guided by Director Montgomery Childs and a team of scientists, began developing an experiment to explore electrical influences on star formation and on solar behavior.  Is it possible that the longstanding mysteries of the Sun can find their resolution in the contribution of the Sun’s external plasma environment to its dynamic activity?

The experiment is in its early phases. Preliminary testing has been promising, taking the design of experiment well beyond this SAFIRE Project video intro (published more than two years ago.)

Electrical Scarring of Planets and Moons
More than one independent researcher has conducted preliminary experiments exploring the effects of electric fields and electric arcs on planetary surfaces. We expect this work to lead to a series of more ambitious tests developed under rigorous Design of Experiment protocols. One priority will be to test the electrical hypothesis concerning the formation of dendritic ridge systems on Mars and Earth, systems that appear to defy all explanation by standard geology models. Raised dendritic forms produced electrically could well revolutionize our understanding of planetary history.

All of the work noted above is part of a collaborative effort to bring attention to the remarkable roles of the electric force across the Cosmos.  Many of the findings are surprising, some even stunning, thanks to a variety of space probes to planets, comets, and asteroids, in combination with new telescopes capturing space objects at all scales of observation and across the entire electromagnetic spectrum.  The result is a new picture of the universe, animated by electric currents.