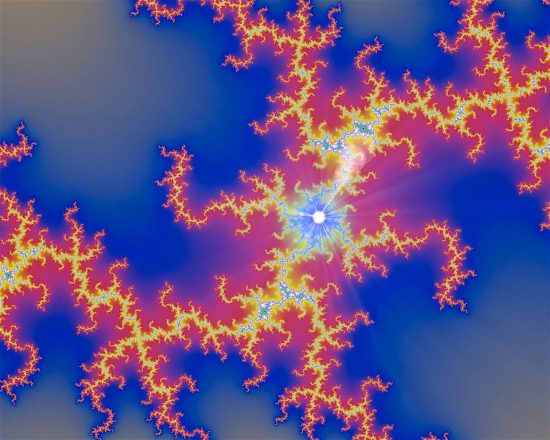 How much energy in a supernova?

A previous Picture of the Day discussed cosmic filaments that connect celestial formations with bridges of luminous material. Those structures could mean that the visible Universe is a braided filament of electric charge that reaches from the Virgo supercluster to the Fornax supercluster across billions of light-years.

Galactic filaments are the unmistakable signature of Birkeland currents. Whenever electricity travels through a cloud of ionized matter, called plasma, a magnetic field is generated that “wraps around” the charge flow. The field constricts the current, increasing the force of the electromagnetic field, which, in turn, increases the strength of the electric field. That condition continues, until the strand of electromagnetically confined plasma reaches a state where its inward compression is balanced by its electromagnetic repulsion. Those structures are called, “z-pinches”.

In the last installment of this article, the power available from electrical phenomena on Earth, such as lightning, was shown to be substantial: upwards of 10^14 watts from a a large thunderstorm. Since the distances in space are much greater than the distances from clouds to ground, or even from clouds to the ionosphere, electrical activity could be spectacular.

Plasma discharges are known to generate high-energy electromagnetic wavelengths, since the recombination of charges creates heat and light. Greater electric charge flow creates more high frequencies. Enough power and even gamma rays are released. Remembering the equation, ∆v = Ed, it could be possible to calculate the power inherent in some discharge events that are orders of magnitude greater than anything on Earth.

Due to the ionization of neutral atoms in an electric field, dielectric breakdown in gases will take place when the number of charge carriers exceeds a critical threshold. In very low pressure environments, even when all the atoms are ionized, only a weak electric current will arise. However, if the electrons are emitted within an electric field, a breakdown can occur and start an electron avalanche.

Dielectric breakdown on Earth is due to the breakdown of air between contacts (clouds and ground), based on Dielectric Withstanding Voltage (DWV). The most important factor affecting DWV is spacing between electrodes. An electric field ionizes gas molecules in the air. Those molecules are conductive, so their presence begins an electron avalanche of current. If atmospheric density is high, the electric field strength required to cause ionization and breakdown increases. Lowering gas pressure decreases its density, so dielectric breakdown occurs at lower voltages as pressure is reduced. At extremely low pressure, above Earth’s atmosphere, for instance, density is so low that breakdown no longer occurs due to ionization of gas molecules. Therefore, at some point, low pressure increases the DWV. Breakdown in a vacuum is because of other variables, like the dielectric strength of the insulating material between regions.

Electric Universe theory proposes that events in space, such as supernovae, cosmic jets, “emission nebulae”, and other energetic phenomena are caused by the flow of electric charge. Since transmitting electricity requires a medium (the conductor), and low pressure inhibits the flow of electricity, then the regions in which electricity is generated have to be very large, with a high accumulated charge. Foundational to that principle is charge separation. An electric star is a power-consuming “z-pinch” in a galactic circuit of Birkeland currents, and that circuit drives the pinch.

“Among the common arguments against charge separation in space is the calculation that it would take more energy than there is in the Universe just to separate all the electrons from the atoms in a single teaspoon of salt. From an Electric Universe point of view, this is begging the question. We aren’t starting with a teaspoon of salt and trying to turn it into a plasma Universe; we are starting with a plasma Universe in which charges are already separated. So we need to consider theories that don’t begin with the assumption that you can’t get charge separation in space…we need theories that explain how charges combine to produce what we see.”

Could charge separation create electrical explosions known as supernovae? A supernova is an “exploding star”, however, it is due to the breakdown of double layers, and not core collapse and rebound. Since stars are externally powered by electric charge flowing through circuits in space, supernovae are caused by a stellar “circuit breaker”. When a star’s double layers explode, electromagnetic energy from a vast galactic circuit flows into the explosion. The resulting supernova radiation is emitted across the entire electromagnetic spectrum from radio to gamma rays. Stars are the foci for enormous energies from the galaxies in which they exist, so their activity is not based on mass, or any particular elemental makeup: they are not internally powered, they are electromagnetic engines. Stars are born of electricity, and electric stars are where the seeds of supernovae mature.

What could be the power generated by a supernova?

Using the dimensions provided by studying the Solar System, the assumption will be that a star’s heliosphere is the same is the Sun’s electrical sphere of influence.

The Solar System’s radius is 4.5 billion kilometers, or 4.5 x 10^12 meters. As demonstrated last time, the breakdown voltage of air is about 3 x 10^6 v/m, but for vacuum it is 10^18 v/m. That is a theoretical number, though, since there is no perfect vacuum in space. Within the heliosphere, particle density averages 6 ions per cubic centimeter—not dense at all! Although particles per cubic centimeter are low, there are a lot of cubic centimeters, so a weak interplanetary electric field exists.

As a result of diffusive processes, solar plasma behaves as if it has a finite conductivity, with a resulting large-scale electric field, so calculating the potential discharge effects of a supernova might be possible. If the dielectric breakdown occurs at 10^16 vm (for E), and the distance between the star and its heliopause is 10^12 meters, then solving, ∆v = Ed: = 10^16 x 10^12 = 10^28 v/m electric potential between the star and its heliospheric boundary, or 10 octillion volts!

Using that, admittedly, highly speculative figure, the resulting power from an electric discharge would be staggering. The Sun’s constant output is approximately 3.86 x 10^26 watts, so since the radius of the Sun is about 700,000 kilometers, its power output is determined by the Stefan-Boltzmann Law, where σ = 5.67 x 10^-8 J/(sm^2 K^4), or the Stefan-Boltzmann constant, T is surface temperature, and A = 4π r^2 is the surface area. In one second the Sun generates 3.8 x 10^26 Joules.

The power from a typical star in extremis, undergoing a dielectric breakdown, would be the electric potential times the flow of electric charge per second into the circuit. Assuming the breakdown voltage of 10^28 v/m electric potential, then a supernova might produce 10^70 watts, an amount of power impossible to imagine; and it might emit that radiation for several years.