Home Picture of the Day Paradigm and Perception 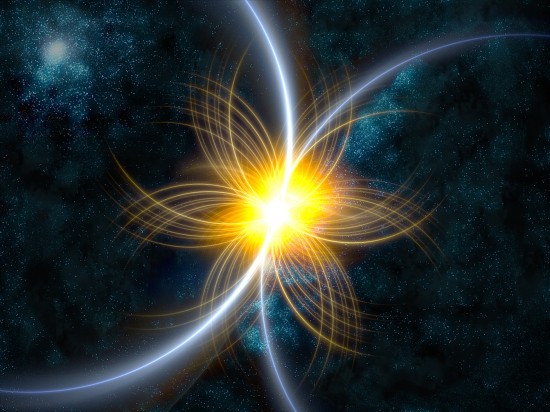 Some thoughts upon re-reading Thomas Kuhn’s 1962 essay, The Structure of Scientific Revolutions.

His thesis was an instance of itself. The prevalent opinion was that scientific knowledge accumulates incrementally toward ever more accurate approximations of “the truth”, embodied in facts that are “out there”. Kuhn’s study of the history of science-plus some observations from the psychology of perception-led him to conclude that incremental accumulation only occurs within the purview of a “paradigm”: a set of general assumptions, common procedures, and preferred instrumentation. His contention that occasionally paradigms change in a revolutionary way that breaks the continuity of incremental accumulation was itself a revolution in epistemology.

Contrary to that prevalent opinion, data and observations are not fixed and stable but dependent on the paradigm in which they occur. They “are not ‘the given’ of experience but rather ‘the collected with difficulty’. [T]hey are selected  for the fruitful elaboration of an accepted paradigm” (p. 126). When paradigms change, perceptions change, and the transition “is a reconstruction of the field from new fundamentals” (p. 85). Science becomes a whole new ball game.

Kuhn describes a process in which intervals of “normal science” are separated by episodes of “extraordinary science”. A science begins with more-or-less aimless fact-gathering. In the absence of a conceptual context, facts “seem equally relevant” and their gathering “produces a morass” (p. 15-16). A multiplicity of schools spend most of their time arguing over and reformulating fundamentals. At some point, a unifying idea persuades everyone to accept it as fundamental. That frees up researchers to explore its ramifications in depth and in detail.

This begins the interval of “normal science”, which Kuhn compares to “puzzle-solving”. It’s the articulation of the expected. Scientists try to make nature fit into the box. However, the detailed research guarantees the discovery of some puzzles that can’t be solved. The pieces that won’t fit into the box are usually set aside. But when the quality or quantity of these anomalies can no longer be ignored, a “crisis” occurs: The search begins for a bigger box that will convert the anomalous into the expected.

Kuhn lists several characteristics of crisis: a proliferation of ad hoc explanations, a willingness to try anything, recourse to philosophy, expressions of discontent, a search for assumptions, the discovery of new phenomena, and the advent of new paradigms by newcomers to the field. All these characteristics can be identified in present-day science, but this doesn’t compel the conclusion that a paradigm shift is at hand. The list is composed in hindsight and is, at best, only necessary. It’s not sufficient. The most that can be said is that, as with earthquakes, a shift will happen “someday”.

The resolution of the crisis comes when most scientists accept a new paradigm and the few holdouts die or are simply ignored. It’s a process of competition and persuasion. Kuhn calls it “conversion” (p. 151). He has been criticized for thus making science “extra-scientific”, but I think it only recognizes the social aspect of scientific activity and the non-absolute quality of cognitive activity. Confirmation and falsification-the criteria of “normal science”-have little relevance to conflicts of paradigms because they are largely defined by the paradigms they serve.

This circularity results in opponents talking through each other. The proponents of different paradigms are separated by three incommensurabilities: their “definitions of science are not the same”; their “terms, concepts, and experiments fall into new relationships one with the other”, and they live “in different worlds” and “see different things” (p. 148-150). Communication can only occur on a more fundamental level: the level of competition and persuasion. The important factors are comparisons of problem-solving ability, appeals to suitability or simplicity, and-perhaps most important-the prospect of more interesting puzzles (predictions of new phenomena are especially convincing). In other words: utility, aesthetics, and promise.

Kuhn gives few suggestions for facilitating paradigm shifts. He compares them to gestalt switches, in which one’s perception of an object changes: You see a vase in the picture you previously saw as two faces. He then claims that, while the person experiencing the gestalt switch can alternate between the two visions, the scientist experiencing a paradigm shift can’t.

The alternation in gestalts is accomplished from the ground of a larger viewpoint that includes both visions (e.g., seeing the vase/face as lines that are interpreted two ways), but a paradigm is the ultimate viewpoint for science, being the vision that defines what science is. There is no “external standard with respect to which a switch of vision could be demonstrated. The scientist can have no recourse above or beyond what he sees.” (p. 114)

But even as he describes the problem he demonstrates the solution. His entire essay is an evaluation of paradigms from the larger viewpoint of history. He intimates that scientists will have difficulty with this because their belief in incremental accumulation of knowledge generates a “temptation to write history backward. The depreciation of historical fact
is deeply ingrained in the ideology of the scientific profession.” (p. 138) But his essay shows a “recourse above” is possible.

Another “external standard” is cognition-based epistemology (an understanding of the nature of understanding, or insight into insight, if you will). A paradigm, after all, is a product of that activity we call “knowing”, and knowledge of knowing provides a ground for the evaluation of its products.

There may be more grounds. They are similar to the metalanguage in logic, which is a language in which one can talk about the language in which propositions are formulated. It’s a matter of nested viewpoints, or a hierarchy of levels of abstraction, each level of which includes all the ones within.

The difficulty in communication between paradigms thus seems more the practical one of willingness to step away from one’s emotional attachment to a particular paradigm. Or rather it’s to transfer some of that “energy of belief” to other paradigms: to walk a mile in their moccasins, as the saying goes. Seeing several paradigms from this more inclusive viewpoint is to see them as constructs of human intelligence.

The categories of “right” and “wrong”, “correct” and “erroneous”, cease to have meaning (at this level), and doubt and change are no longer threatening but exciting. Instead of right and wrong, the important values become just those Kuhn mentions: utility, aesthetics, future promise.

Viewing this historical succession of paradigms makes one aware of what’s been called the “Finder’s Fallacy”: the tendency to stop looking when you find a solution that’s “good enough”. For those who enjoy a good paradigm shift, the motto of Debbi Fields, founder of Mrs. Fields Cookies, is apropos: “Good enough never is.”

You can always build a bigger box.