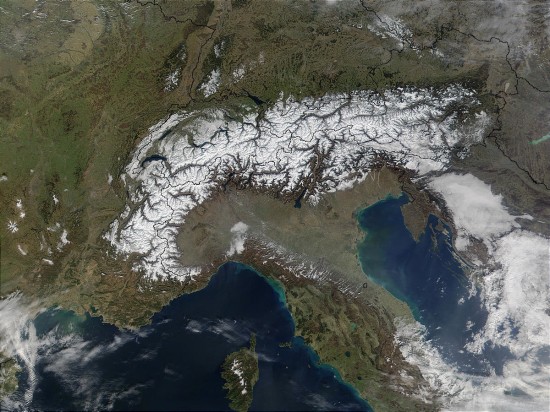 It is a commonly held belief that events on Earth progress according to cycles.

One of the principle tenets of Electric Universe theory is that Earth and the Solar System have experienced catastrophic reordering and resurfacing perhaps as little as 5000 years ago. The time varies, but most adherents to the theory consider 10,000 years ago to be as far back as we need to look for the events to have occurred.

Prevailing geological theories state that it took millions, if not billions, of years to arrange the scenery on our planet. Mountains rise in response to mechanisms that are so slow as to be undetectable over all the millennia of human history: the Himalayas, the Alps, and the Rocky Mountains, for example, retain the shapes that were visible to ancient nomadic tribes that wandered the continents in ages past.

Rivers, deserts, canyons—all appear to our modern eyes just as they would have appeared to Alexander the Great, Goyathlay, Sargon, or Khufu. The cyclic processes of erosion or sediment deposition are the same today as they were long ago. Most of the current methods for dating artifacts, geologic layers, or fossils are dependent on that hypothesis of gradual, uniform action.

What if the uniformitarian hypothesis is incorrect? What would be the ramifications if carbon dating, potassium-argon, or the so-called “geologic column” were not reliable windows to the past? What if the topography of Earth was created in a period of time so short that ancient civilizations were able to record it? What meaning would the Neolithic, or the Jurassic, or the Precambrian eras have?

Coal beds cover millions of square kilometers all over the world. Insects, leaves, trees, rocks, and animal bones are found inside them, although hardly any intact forms exist. The majority are disarticulated, shredded, or crushed. Carbonized trees are sometimes found standing upright in a few coal seams, extending down through many layers that are said to progress through eons of time, 250 to 500 million years.

Mineralized trees, called “petrified wood,” cover large areas of the American prairie. The prairie, itself, rests on top of gravel deposits in some cases hundreds of meters deep. There are trilobites, pterosaurs, palm trees, fir trees, dragonflys—all preserved for what is said to be millions, hundreds of millions, and even billions of years in a variety of minerals. Some are entangled in mountain-high piles, with multitudes of different species from every era mixed together in a splintered mass.

When did these plants and animals, all strong, all “fit,” all perfectly adapted to their environments, meet their dooms? What caused the forests to burn, or freeze, and then succumb to petrification?

Once again, the primary assumption in the development of dating systems is that the Earth is an isolated planet that does not interact with other celestial bodies. Planetary scientists do say that there have been meteor impacts of staggering size, but nothing like that has taken place for the aforementioned millions of years. The large craters, such as Popigai or Chicxulub, date back to the Jurassic Age.

An additional aspect to the uniformitarian hypothesis is that radioactive decay rates have never changed since the radioactive elements were formed, and no alterations to Earth’s electric or magnetic fields have taken place. Geologists rely on a smooth, continuous clock ticking off the millennia at a measurable rate. If that is not the case, then the Age of the Dinosaurs, or the formation of the ocean basins, could have occurred at any point in the past, or over any length of time.

It seems possible that plasma interactions with Earth and other charged bodies in space or the impact on our biosphere from ion beams could disrupt all the elemental changes that are used to date rocks. Earth could be much younger than the billions of years commonly ascribed to it, or much older. If Electric Universe concepts are found to be more reasonable than previous theories, that cataclysmic events completely overturned the familiar environment that older peoples experienced, then we have no “clocks” and no “calendars” to use, except those that came into being a mere 100 generations ago.