Home Picture of the Day Moving Beyond Falling 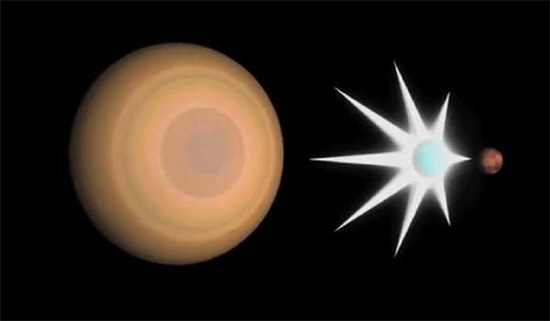 That’s what happened with heliocentrism and gravity. Copernicus’ idea that the planets moved around the sun instead of around the earth was a breakthrough. It explained the growing number of observations of planetary motions that Ptolemy’s geocentric idea was failing to account for. The proliferation of ad hoc adjustments to Ptolemy’s system of epicycles had become self-contradictory, and the heliocentric viewpoint fit the new observations together as neatly as epicycles did the old observations.

Newton’s idea of gravity also explained more observations better than had Aristotle’s idea of “it’s the nature of things to fall.” Aristotle never measured falling objects, but if he had, he would have measured the distance to the ground. It’s unlikely he would have discovered any pattern, any scheme of recurrence, in the data. But from the viewpoint of gravity, the important measurement is the distance from the beginning of the fall. There’s a readily-discoverable relationship in that data, easily summarized in a mathematical equation.

But the ideas of gravity and heliocentrism together were more powerful than the sum of their separate explanatory powers. From the combined viewpoint, the planets didn’t just move around the sun, they “fell” around the sun. The mathematics of falling could be developed into equations of motion for orbits. And those equations could not only describe the motions of the planets but could invent additional motions. Suddenly, people could build spaceships that would “follow the math” and take them to the planets.

Now it’s happening again. The Saturn Theory and the Electric Universe each explain larger bodies of data with greater unity than previously-accepted ideas in their fields. The Electric Universe provides an integrated explanation for the growing mass of astronomical observations that are becoming a morass of contradictory ad hoc confusions. Craters, rilles, parallel grooves, domes, arachnoids, neutrino fluxes, sunspot characteristics, coronal heat, nebulous filaments, pulsars, galactic jets, quantized redshifts … each has its separate and ill-fitting conventional excuse. But all can be explained as aspects of the single phenomenon of plasma.

The Saturn Theory extracts a coherent intelligibility from the recurring plots, characters, and forms of globally-dispersed stories, artifacts, and symbols. Dragons, cosmic thunderbolts, radiant goddesses, lightning-scarred warriors, sacred enclosures, world mountains, revolving crescents, universal floods … each has failed to conform with commonplace interpretations. But all fit into a logical unity of the polar configuration.

Both the Saturn Theory and the Electric Universe are exciting ideas. But together they establish a viewpoint that replaces the idea of gravitational free-fall with the bigger idea of electrically driven motion. The previously-unimaginable possibility arises that there could be other “modes” of motion than falling. The Saturn Theory provides evidence for a second mode: an axial alignment of planets. A third mode may explain, rather than explain away, the enigmatic motions-or lack of motion-of globular clusters, companion galaxies, quasars, and ball lightning: These all exhibit a kind of “suspended” motion, seeming to hang in space in defiance of gravity. And a fourth mode could be the “flat” rotation profiles of galaxies.

These various modes are present in the force-free filaments Alfven described in the 1963 reedition of Cosmic Electrodynamics: Charges at the center of a filament move along the axis, generating a spiral magnetic field at the outside. Charges on the outside, following that field, “orbit” around the center, creating the linear field along which the core charges flow. Charges intermediate in the filament follow proportionately-stretched helixes. Scaling up a lab-sized filament to the dimensions of a galactic spiral arm would suggest similar motions could occur with charged planets.