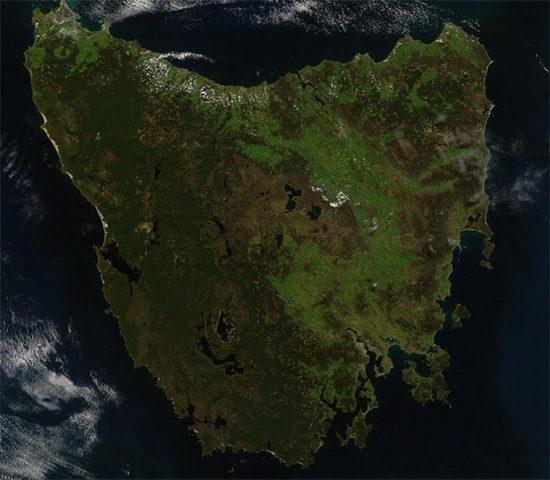 Understanding Earth’s geology is shaped by theories and ideas laid down over 300 years ago.

Only four forces were known all those years ago: water, wind, volcanic and tectonic processes. It continues to be a fundamental premise in geology that it requires millions of years for geological formations to arise. According to prevailing opinion, anyone who says otherwise “does not know anything about geology”.

However, anomalies keep raising their heads, so we try to ignore them or put them in the “too hard” basket, hoping that people will eventually forget them. Fortunately, that does not prevent anomalies from being uncovered.

In the Southwest National Park of Tasmania is a large circular structure. Wind and water could not have caused this geological feature. Could it be volcanic? It’s the wrong type of rock. If it was a volcano, there is no evidence. Perhaps the peak was worn down over millions of years, although the diameter of the base means it was a volcano higher than Mt. Everest.

Could it the result of tectonic activity? What tectonic events can form circular structures on such massive scales? What causes ridges to form curvilinear structures? It could be said that when the rock was semi- molten it subsequently hardened into the present shapes, but it would have had to cool down quickly or it would just slump down to nothing. The ground could have been compressed over millions of years to form these ridges, but rock is brittle. And it still does not explain the circular shape.

Maybe an impact crater? But is not recognized as one.

From the Electric Universe model, rotating plasma discharges on a scale we have never seen in recent times could form this structure in a very short time. The average geologist who put forward this theory would be laughed all the way to having their grants and funding cancelled.

On top of some of the ridges are chains of craters similar to the picture from Mars in the Picture of the Day, “Electric Mercury”. No one can explain how circular depressions form on the top of ridges in lines. Most are now full of water and as it is a popular area for hiking, people see them without a second thought. Etched furrows similar to the ones seen in the aforementioned Picture of the Day can be seen throughout the floor of the structure.

Millions of years? Not electrical? You decide.