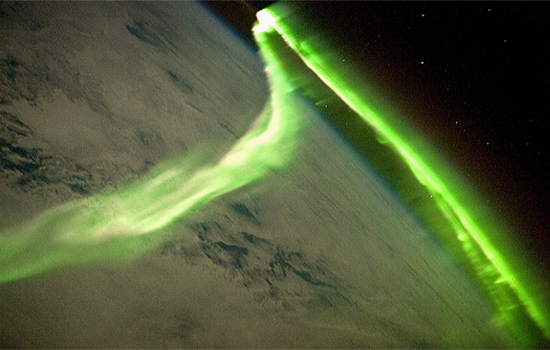 One of the most interesting aspects to the latest auroral episode is not its display, but its origin. Just before the CME, a comet was seen entering the Sun’s corona and then failing to reappear. In previous Picture of the Day articles, several other examples were discussed of comets “crashing” into the Sun just before large CMEs. One comet in particular, 96P/Machholz, did not strike the Sun it skimmed around it, apparently causing a CME in the process.