Home Picture of the Day What Moves? 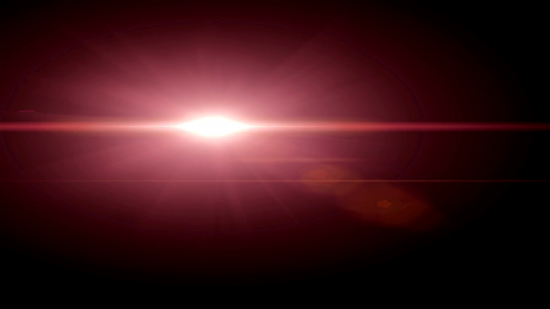 When you tune your radio to your favorite station, you set its sensory organ–the antenna and tuning circuit–to respond to waves of electromagnetic potential energy. If you could tie a flag to … um, what exactly could you tie a flag to?

The water or air molecule moves. You can measure its spatial displacement as it varies with time, and you can plot those measurements on a graph with displacement along one axis and time along the other. The result is a sinusoidal curve that resembles the form of the water’s surface which we call a wave.

Hence we speak of water waves, usually without distinguishing the “real” surface feature from the metaphorical mathematical form. And we speak of sound waves, usually without being aware that the term is, in this instance, entirely metaphorical. We have developed mathematical manipulations that enable us, on the basis of metaphorical resemblances, to predict and to utilize various attributes of periodically moving water and air molecules. The wave theory of water and the wave theory of sound have been wondrously productive cognitive tools.

So, too, we speak of electromagnetic waves. And we have developed mathematical manipulations that have been wondrously productive. We measure voltages or currents; we graph their variation with time; and the graphs have the form of a wave. But what moves? The variation is a changing potential, not a changing location. I could plot the changes in my thinking against time and produce a wave of opinion. Would Quantum Mechanics then apply? Opinions do become entangled and they frequently collapse, but this is hardly what Dr. Schrodinger had in mind with his wave equation. He was thinking of something “material” that moved.

The assumption that light is something that moves from one place to another goes beyond even the analogy with water: In water and sound waves, the particles only move back and forth in place. The water molecule doesn’t move from the boat to the beach; the air molecule doesn’t move from the horn to your ear. The apparent movement “from- to” is a sequential periodicity in the oscillations of the molecules.

The idea that light is something that moves from one location to another gives rise to the further ideas of a “ray” of light and, if interrupted into segments, a “bullet” of light. The shortest segment imaginable we imagine to be a tiny particle, a photon, shot out of an emitting atom, traveling to another atom, and being absorbed. The analogous image with water or sound is not associated with waves but with such things as fire hoses and jet engines–“streams” of water or air.

The question of what, if anything, moves with light is an open one. This question goes back 300 years. And–surprise!–it was never settled. It was decided, but not settled.

A Danish astronomer, Olaus Roemer, measured variations in the times of occultations of Jupiter’s innermost moon, Io, when the Earth was at opposite points in its orbit. He attributed the differences to the travel time of something that moved from Io to the Earth, i.e., to the speed of light.

The director of the Royal Observatory in Paris, Gian Domenico Cassini, the first of four generations of Royal astronomers, disagreed. He thought light might instead be a cumulative response of the eye, perhaps to variations in some force acting instantaneously at a distance like Newton’s gravity. He noted that Roemer’s measurements were dependent on a great many variables–different velocities of Earth and Io, different angles of view, different intensities of light, different observing conditions, etc. — any one of which, or some combination of which, could account for the variations in his (Roemer’s) observations. Cassini also took measurements, not only of Io but of the other Galilean satellites of Jupiter. And the other satellites did not show the same variations as Io.

Edmund Halley, of Halley’s Comet fame, who had helped publish and promote Newton’s Principia, became enamored with Roemer’s idea (that light was something that moved) and promoted it in the scientific press of the time. Roemer and Cassini died. Halley carried the torch, and Roemer’s idea caught on. The mob of scientists rushed down Something That Moves Street and vacated Cumulative Response Street. No one even thought to look for other streets of explanation in the Village of Electromagnetism. Even Cassini’s son, who succeeded him at the Royal Observatory, abandoned his objections.

As I said, the issue was decided–by mob rule–but not settled. What really is the case? Light might be something that moves–but what else could it be?

That light is something that moves is plausible. That assumption explains many observations–though not all. But plausibility is not reliability: Unless a systematic effort is made to seek out what else light might be and to devise tests that will distinguish among the various plausibilities, no one will ever know if something moving” is the truth or merely a plausible artifact of selected data.

Roemer simply reversed the older intuitive idea that understood seeing as analogous to touching: something–an “ocular ray”–reaches out like a finger and touches/sees the object seen. Roemer assumed rays come not from the eye but to the eye, and that too is intuitive. But as more observations accumulated, things got more complicated. Today, Quantum Mechanics has had to abandon intuitiveness altogether and embrace “Quantum weirdness”. Its justification is that it gets results: The math goes from an empirical start to an empirical finish. It’s predictive to a very, very, very great degree of accuracy.* Who could doubt that? The mob must have gone down the Street of Truth after all. What else could light be!

That exclamation mark begs a question that should be taken seriously. It’s a question that lies at the heart of reliability. It lies at the heart of scientific discovery. What else, indeed, could light be? The math (of Quantum Mechanics) goes from 1, which we observe, to 4, which we also observe: 1 + 1 + 1 + 1 = 4. But there’s no guarantee reality goes that way: Maybe the real path is 1 + 3 = 4. Quantum weirdness may only be ambiguity in our categories (of waves/particles that move) rather than in light.

What if light is a “cumulative response”? No one has bothered to develop a mathematical theory for that … yet. What if light is something else? No one has bothered to peer down the cognitive alleyways for a third or fourth possibility: Consider that plasma discharge phenomena are scalable over at least 14 orders of magnitude, from the scale of galaxies to the scale of atoms. Why stop with “fundamental” subatomic particles? What if the “zoo” of subatomic particles are merely tiny electrical sparks–plasmoids–observed at different stages of their evolution or under different discharge conditions? (Imagine a subatomic-sized Herbig-Haro star or active Seyfert galaxy–the “doughnut on a stick” form typical of so many plasma discharge phenomena.) What if reality consists of larger sparks driving smaller sparks all the way down the scales, and there is no such thing as a “particle” or a “wave”?

With electromagnetism, the electric and magnetic fields vary in strength and polarity. It’s not immediately obvious that anything moves–except scientists’ opinions about it. And they move more like a mob: Fervency of belief so easily obscures enlightenment. It’s been 300 years, and the question is still open: What moves?

*Accurate prediction is a sign of a theory’s usefulness, not its truthfulness. The theory could be merely instrumental.