Home Picture of the Day Back to Basics 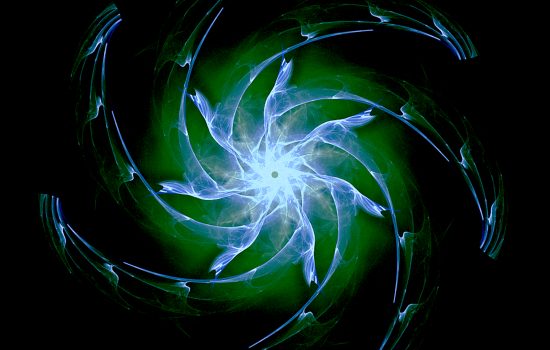 Newton, Einstein, Darwin and the other early explorers of science discovered the “New World” of fundamental laws of reality, and the scientists who have come after them are mere colonists.

Continuing this line of thought, John Horgan writes in THE END OF SCIENCE that the latecomers have only two choices: to apply those fundamental discoveries in the construction of derivative theories or “to pursue science in a speculative, post-empirical mode that I call ironic science…. [Ironic science] offers points of view, opinions, which are, at best, interesting, which provoke further comment. But it doesn’t converge on the truth. It cannot achieve empirically verifiable surprises that force scientists to make substantial revisions in their basic description of reality.” Horgan classifies most modern theories as ironic science: superstring theory and the inflationary big bang and punctuated equilibrium.

The accepted description of reality in astronomy asserts that only the law of gravity applies in space. The law can be Newton’s or it can be Einstein’s, but it cannot be Darwin’s law of evolution. A description of astronomical reality based on Darwin’s law probably wouldn’t make any sense, but the point is that one law is selected and another is not. Even the particle physicists who lately have invaded astronomy select only certain fundamental laws on which to construct their basic description of atomic reality. This business of selection is so simple as to be not worth mentioning. But not mentioning it leads to not paying attention to it, which leads to skipping over it in the occasional circumstance when it may be important. My next comment, of course, is that it’s important now.

Horgan and the scientists he interviewed for his book have overlooked a deeper irony. While the theories of ironic science have been unable to “achieve empirically verifiable surprises”, experimental and observational science has produced a flood of them. Nearly every discovery of the space age, from the Van Allen radiation belts around the Earth to the high velocity winds around Neptune, has been announced as a surprise. And the surprises have been surprising precisely because they haven’t verified the prevailing “basic description of reality.”

One might think a reasonable plan in this circumstance would be to take a second look at the fundamental laws selected for one’s description. One doesn’t have to resort to anything as ridiculous as considering Darwin’s law: For instance, the laws of electromagnetism have been lying around for over a century, mostly ignored (because “you can’t get charge separation in space”) except by a few electrical engineers.

The problem is that scientists are like the horse led to water: Neither the failure of ironic science to achieve empirical surprises nor the failure of achieved empirical surprises to verify the accepted description can force scientists to drink basic revisions if they don’t want to. Selection is the result of wanting to choose, and if you want to defend a theory you can always find expedient excuses. Almost nothing outside the solar system and a lot of things inside it don’t obey either Einstein’s or Newton’s law of gravity: E.g., the stars in the arms of spiral galaxies revolve at about the same velocity instead of slowing down with distance as gravity predicts. To make these observations fit the gravitational description of reality, astronomers have chosen to hedge the fundamental law with a thicket of ironic “opinions” and “points of view” that are not empirical: There might be appropriately configured halos of unseen “dark” matter outside the galaxies that produce the observed velocities. This avoids the necessity of questioning fundamentals. But it turns the basic description of reality into an imaginative fantasy that is explanatory but neither verifiable nor falsifiable. Modern theories, with appropriate adjustments, can explain everything and anything, just as psychoanalysis, with childhood trauma, the dark matter of the mind, can explain any behavior.

However, the point of science is not merely to explain but to find out which explanation is actually the case. For that, you need more than one explanation from which to choose. This object might be a black hole; that object might be dark matter. Having disallowed competition from fundamentally different theories, there’s no way to tell if those objects might be something else. Verification alone is inadequate: You need to search for alternatives and to test them to gain reliability. (See “The Epistemology of Error” by Douglas Allchin.)

Planting more hedges of ad hoc hypotheses around the fundamental law of gravity may appeal to ironic scientists. But other scientists, mostly outside astronomy, are more inclined toward empirical results. The new field of plasma cosmology has admitted Maxwell’s laws of electromagnetism to the description of astronomical reality. The properties of electrical discharges applied to the phenomena of space by such pioneers as Birkeland, Langmuir, and Alfven explain the new discoveries without ironic fantasies. The revised description expects the observations that are surprising to the standard gravity-only version. And this electrical description is directly verifiable in plasma labs. Dark matter and ten-dimensional superstrings are not.

The reality we think we see is constantly being revised by what we actually see of a partially known reality. (See, e.g., “The Sensory Order” by F.A. Hayek.) Usually the revisions are superficial. But there have been times in the history of thought when the revisions have reached to the basics. Plasma cosmology hasn’t discovered a new fundamental law. It merely replaces one law (gravity) with another electromagnetism). But the effect on the basic description of astronomical reality is as great as if a new law had been discovered: We think we see an entirely new reality.

We should expect these revisions in basic viewpoint to be accompanied by a revision in the basic description of the reality viewed. The ultimate irony would be that, in the face of our liberation from an anthropocentric and geocentric viewpoint, we would be unable or unwilling to liberate ourselves from a traditional way of thinking about reality.