Home Picture of the Day Blindness, Stupidity and Speculation 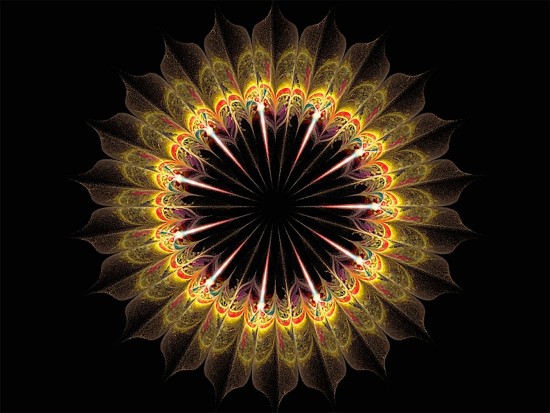 Ignorance is not bliss.

In discussing the question of progress in scientific revolutions, Kuhn noted: “There are losses as well as gains [in a paradigm shift]…, and scientists tend to be peculiarly blind to the former.” In a footnote, he elaborates: “Because science students ‘know the right answers,’ it is particularly difficult to make them analyze an older science in its own terms.” [The Structure of Scientific Revolutions, Third Ed., University of Chicago Press, 1996, p. 167.]

Noting that in his broadest use of ‘paradigm’ Kuhn included instrumentation with theory, I would apply his footnote to data: Because scientists know the right procedures, it is particularly difficult to make them attend to evidence outside the sensitivities of their instruments. Chapman refused to look at (or even to discuss) Alfven’s experiments that contradicted the “perfect insulator” theory of space. Modern astronomers refused to look at Arp’s display of connections among objects of different redshifts.

Now Thomas Gold presents a most clear-cut example of scientific blindness and loss of data in his recent book, The Deep Hot Biosphere [New York: Springer-Verlag, 1999]: “The invention of the seismograph meant that it was no longer necessary to experience an earthquake directly, or to interview someone who had, in order to assemble data on the event…. [Eyewitness reports] were no longer believed to hold any value for the scientific venture.” [p. 145] Gold proceeds to describe many eyewitness reports from ancient times to modern. A constellation of recurring phenomena becomes apparent: “Eruptions, flames, noises, odors, asphyxiation, fountains of water and mud…” often occur before the quake.

Gold concludes on page 147: “The accumulated observations maintained in folklore and contemplated by the intelligentsia of the time meant that the ancients recognized a variety of phenomena that seemed to serve well as warnings of an impending quake. In some ways, folklore is of more practical value to residents of earthquake-prone regions than is our modern science.” He describes several incidents where people were able to evacuate their villages and towns a few hours before an earthquake because they were alerted by odors, fogs, or unusual animal behavior. Folklore has saved many lives; seismographs and stress meters have yet to achieve one correct prediction-probably because they’re measuring only effects, not causes.

Gold adduces this evidence-and several chapters more-to support his theory of upwelling primordial gas from deep within the earth. He also mentions the near-impossibility of attracting any attention to the theory or even to the observations that call into question the prevailing assumptions. “Thus many scientists…seem to have fallen into the rut of the nearest convenient theory. They explore the terrain of this rut very effectively, down to the minutest feature within the walls, yet they will not climb out for another look.” [p. 103]

This fear of “another look” is more than mere scientific blindness. It’s a deliberate squeezing shut of one’s intellectual eyes, a rejection of insight, a refusal to learn. It’s directly connected to belief, to the assumption that one possesses the only possible right answer, which therefore obviates one’s considering further questions or “other looks.” Ignorance can be overcome with persistence and study. Ignorance, indeed, is the beginning of learning. But the refusal to learn is stupidity, and for it there is no remedy.

Scientists have limited time, as do we all. It’s understandable that they should ignore many things not immediately pertinent to their current work. Sometimes even the pertinent must be ignored. But that’s merely “ignore-ance”. The mark of stupidity, and of the belief behind it, is the use of the term ‘impossible’ and the accompanying rejection of speculation.

Thomas Gold again [p. 208]: “The history of science offers example after example of apparently inexplicable features for which perfectly rational explanations were finally found. In nearly all such cases, assumptions that were universally believed obscured the truth so effectively that no progress toward a solution seemed possible. Yet it is to just such apparently inexplicable features that we must hope to find clues that will show us how to unburden ourselves of false beliefs. “Speculation is a vital step in this process. It was once speculated that the earth revolved around the sun. Without this speculation, I do not think that any systematic avenue of research would have produced the evidence that clinched this theory. At a time when proposed solutions are still speculative, they are the driving force for the researches that will prove them right or wrong and will thereby put our thinking on a new and better track.”