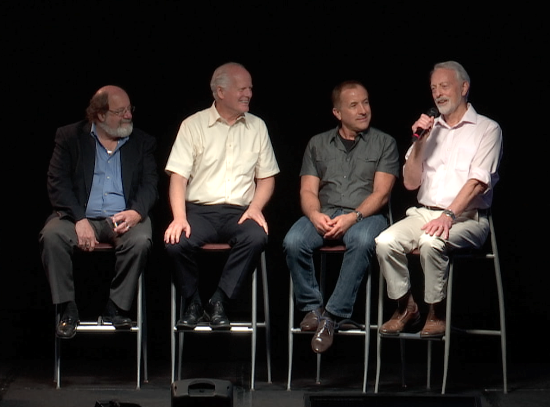 All authors published in Scientific American should be rigidly bound by the editors to stay within the constraints of science. In science any and all claims must have clear bases in fact. In the event editors allow baseless opinion to appear in the guise of factual reporting, it reflects poorly on the journal’s reputation. Michael Shermer’s denigrating review of his attendance at the Electric Universe (EU) 2015 conference in Phoenix is “chockablock” (Shermer’s word) full of unsupported claims and slurs masquerading as unbiased observations.

The EU conference speakers presented evidence that mainstream astrophysics is remiss in its refusal to consider electrical causation in the cosmos. Newtonian physics is perfectly fine in areas in which it is valid. But it is not necessary to plug a coffee maker into a wall outlet higher than the appliance so that gravity can pull the electrons down into it. When an experiment requires an electrical explanation, gravity can usually quietly take a back seat in importance.

For several decades after K. Birkeland proposed that Earth’s auroras are caused by flows of electrically charged particles from the Sun, established astrophysics belittled his idea as nonsense. Only after space probes were sent into the ionosphere after WWII, were Birkeland’s ideas (called “crazy” by Sydney Chapman) shown to be correct.

In a 1920 debate, another representative of “established astronomy”, H. Shapley, attacked the notion that the entire universe was anything other than our Milky Way galaxy. After his performance in this debate he was hired as director of the Harvard College Observatory. He also incorrectly opposed Edwin Hubble’s observations that there are additional galaxies in the universe other than the Milky Way. Shapley vehemently censured Hubble and regarded his work as junk science. With hindsight, authoritarian scientists (such as Chapman and Shapley) have a far from immaculate record.

Shermer scorns S. Crothers as being a “self-taught” mathematician, yet seems to honor Newton even though he (Newton) was clearly self-taught in the physics that now bears his name. Being self-taught does not imply someone is wrong. It is the essence of cutting-edge research. But Crothers is much more than self-taught. Shermer admittedly does not understand Crothers’ critical deconstruction of some of Einstein’s assumptions. Shermer says (shamefully in my opinion), “I understood none of what he was saying, but I am confident he’s wrong by the fact that for a century thousands of physicists have challenged Einstein, and still he stands as Time’s Person of the Century.”

So, we are to believe the editors of Time should now be the arbiters of what is and is not “true, accepted science”?

True scientific results are not (or at least ought not be) arrived at by a vote of “the experts” – let alone the editors of Time magazine – with the proponents of the minority view relegated to obscurity and ridicule. If science were conducted in this way, then Phlogiston theory, Phrenology, and bloodletting as a medical cure would still be with us. “Crazy ideas” such as plate tectonics and communication using radio signals would have been laughingly banished into obscurity.

Shermer also says that during the EU conference, “I was told that World Trade Center Building 7 was brought down by controlled demolition on 9/11 and that ‘chemtrails’—the contrails in the sky trailing jets—are evidence of a government climate-engineering experiment.” Neither of these claims was ever made by a speaker at the conference, neither overtly nor by innuendo. His inclusion of this unsupported hear-say is a measure of the unethical extent to which he is willing to go in order to denigrate the conference, its organizers and its speakers. He was not able to comment on the many other presentations at the Conference because he only attended for part of one day (the day he was to speak). I know. I was there.

Scientific American has a responsibility to its readers and to itself not to continue to allow Shermer’s baseless, disparaging misrepresentations to be published with its imprimatur.

Michael Shermer’s article: The Difference Between Science and Pseudoscience