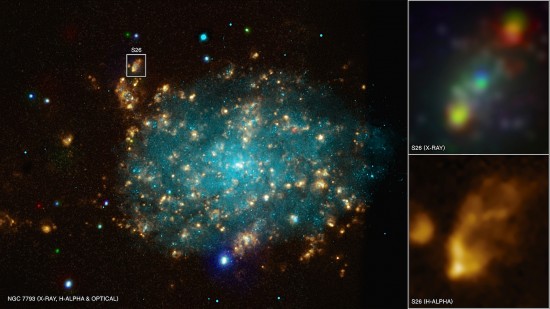 Particle jets are not caused by black holes.

How jets of ionized particles erupt from various objects in space is one of the most difficult problems facing modern astronomers. What force creates energetic particle emissions that can sometimes span distances measured in light-years, or even thousands of light-years, collimating those particle beams into narrow filaments?

Hundreds of stellar jets have now been observed, but the prevailing theory of “compacted gravitational point sources” exciting gas and dust as they orbit does not address the existence of collimated jets. There is only one force that can hold such a matter stream together over those distances: electromagnetism.

The only way to generate magnetic confinement is when electricity flows through space. Electric currents create magnetic fields that wrap around the charge flow.  In the past, astronomers observed coherent filaments from so-called “Herbig Haro” stars, some more than 12 light-years long. Charged particles within the filaments were thought to exceed velocities of 500 kilometers per second. The finely knotted jets exceeded three times the distance from our Sun to the nearest star, Alpha Proxima. According to a press release from the European Southern Observatory, the jets from near NGC 7793 are several hundred light-years long: “This composite image [above] shows a powerful micro-quasar containing a black hole in the outskirts of the nearby (12.7 million light years) galaxy NGC 7793.”

Most researchers try to account for narrowly confined jets by invoking words like “nozzle” or “high pressure,” defying all that science knows about the behavior of gases in a vacuum. Some are even willing to acknowledge that magnetic fields might focus gases into narrow beams, although there is a commonly held opinion that magnetic fields are not important.

Alfvén observed that the plasma universe had become “the playground of theoreticians who have never seen a plasma in a laboratory. Many of them still believe in formulae which we know from laboratory experiments to be wrong”. He thought that the underlying assumptions of cosmologists “are developed with the most sophisticated mathematical methods and it is only the plasma itself which does not ‘understand’ how beautiful the theories are and absolutely refuses to obey them”.