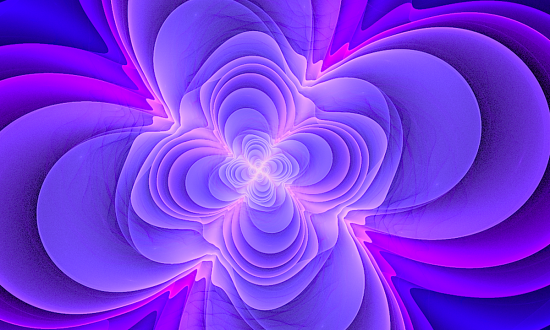 According to prevailing theories, red giant stars expand outward because they have “burned” most of their primordial hydrogen and have entered another stage of life where they are consuming the helium that was created in thermonuclear fusion reactions. As hydrogen atoms fuse into helium, the helium (being heavier than hydrogen) sinks into the stellar core, where it accumulates over millions, if not billions, of years.

Once a star has exhausted its hydrogen fuel supply, it contracts because radiative pressure is no longer sufficient to overcome the gravitational force that is always trying to pull the star’s outer surface down into its core. As the contraction continues, the internal pressure rises and the star heats up once more, until the temperature is high enough for helium to fuse into carbon. So that it can radiate the energy produced by helium fusion, the star expands its surface area into the red giant phase.

After the stellar core material reaches the stage where it can no longer fuse into heavier elements, the current model of stellar evolution predicts that the star will shed its outer surface layers and reveal its hot, dense core, gradually becoming a white dwarf. During that progression, tremendous volumes of glowing dust and gas surround the star, often forming braided streamers and helical “tornadoes” in space, otherwise known to Electric Universe theorists as Birkeland currents.

An electric discharge in plasma creates a tube-like magnetic sheath along its axis. If enough current flows through the circuit, a discharge will cause the sheath to glow, sometimes creating a number of other sheaths within it. The sheath is called a “double layer.” Double layers form when positive charges build up in one region of a plasma cloud and negative charges build up nearby. A powerful electric field appears between the two regions, which accelerates charged particles. The electric charges spiral in the magnetic fields, emitting X-rays, extreme ultraviolet, and sometimes gamma rays.

It is double layers that glow, exposing the distinct boundaries between sheaths. Since electric charge flows along the sheaths, the filaments (Birkeland currents) attract one another over long distances but repel each other when they get too close. Rather than coalescing, they twist around each other, ultimately growing into long, electric “transmission lines” in space. Planetary nebulae, therefore, should be thought of as gas discharge tubes that are many light-years long.

The consensus view of planetary nebulae is based on explosive shock waves through clouds of hot gas. Since thermal and kinetic events are chaotic, by definition, any light from those events should exhibit multiple frequencies. However, over 90% of the detected light is in a small range of frequencies, mostly from ionized oxygen.

Hannes Alfvén observed, the Universe has become “…the playground of theoreticians who have never seen a plasma in a laboratory. Many of them still believe in formulae which we know from laboratory experiments to be wrong.”

Alfvén reiterated that point throughout his life: the underlying assumptions of cosmologists today “are developed with the most sophisticated mathematical methods and it is only the plasma itself which does not ‘understand’ how beautiful the theories are and absolutely refuses to obey them.”