Home Picture of the Day Dark Matter in the Light

Dark Matter in the Light 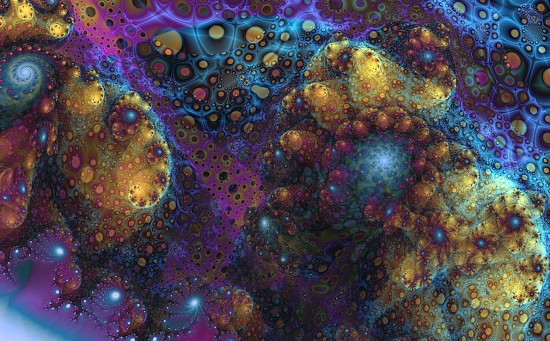 In previous Picture of the Day articles about the existence of “dark matter,” it was noted that it is an add-on, or ad-hoc, theory because the lack of luminous matter in the Universe is a problem for “Big Bang cosmology.” The Big Bang is supposed to be what brought all matter and energy, including gravity, into existence. All modern cosmologists, with few exceptions, accept the theory without question.

NASA launched the Planck Mission on May 14, 2009. The instruments onboard the satellite were designed to measure temperature fluctuations theorized to exist in lower mass density regions of the Universe. Since the Big Bang theory does not account for such regions—matter and energy should be evenly distributed—Planck was sent to confirm their existence, supporting the dubious results from the WMAP mission.

According to conventional physics, dark matter is a necessary addition to their models since there is not enough gravity in the Universe to account for galaxy formation, or those galaxies assembling themselves into clusters. Galaxy clusters should have slowed down considerably over the last few billion years and not maintained such wild recessional velocities, some of which are said to approach the speed of light.

Astronomers came up with a dark (or undetectable) form of matter when they noticed stars on the edge of a spiral galaxy orbiting its nucleus with the same angular speed as stars closer to its center. As Newtonian mechanics insists, stars farther away from the center should be moving more slowly, so astronomers assumed dark matter was imparting extra velocity to them.

Studies from Case Western Reserve University cast doubt on the theories of dark matter, saying that they are most likely based on incorrect assumptions about WMAP observational analysis. Stacy McGaugh, an astrophysicist there wrote: “Until both known and un-anticipated astrophysical sources are excluded as reasons for the observed signal, claims about it being due to dark matter are exaggerated at best.”

Electric Universe theory, on the other hand, adopts a far different approach regarding the nature of the cosmos. Astrophysicist Hannes Alfvén elucidated his “electric galaxies” theory in 1981. Alfvén (a Nobel laureate) noticed that galaxies and their motions resemble a homopolar motor. A homopolar motor operates because electric currents create magnetic fields, causing a metal disc to spin at a rate directly proportional to the supplied current.

Galactic discs act like the conductive plates in said homopolar, or Faraday, motors, named for their inventor, Michael Faraday. Gigantic Birkeland currents flow into galaxies, so stars in their discs are powered by those currents. Galaxies, in turn, receive their power from intergalactic Birkeland currents that are visible in space as filamentary structures traceable by their magnetic fields.

Birkeland currents are drawn toward each other with long-range attraction greater than the force of gravity. Dark matter (and dark energy) influences can be dismissed when electric currents flowing through dusty plasma are recognized as that which energizes and sustains clusters, galaxies, and stars.