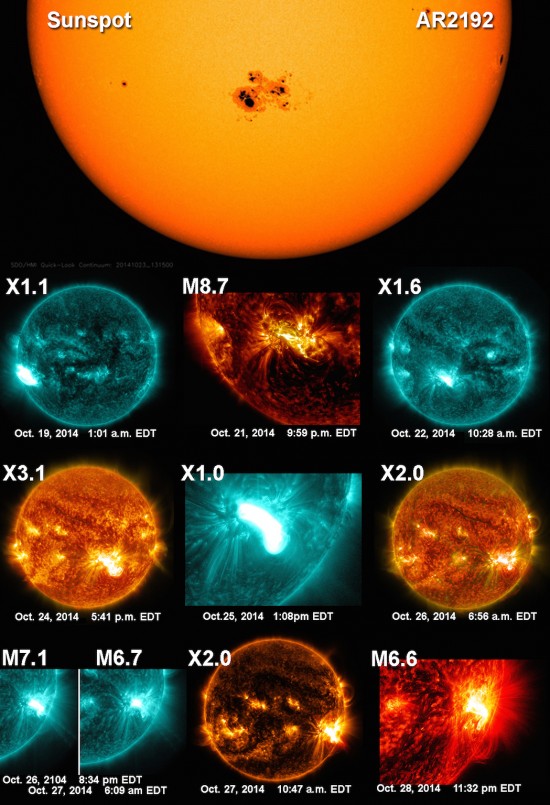 Solar plasma phenomena are governed by electricity flowing through space.

The conventional view of the Sun is illustrated by a popular science website: “Our Sun is made up of elements left over from the Big Bang, elements formed from dying stars, and elements created in supernovae.”

The basic premise of the Electric Star theory is that stars are immersed in plasma, and are connected by electric circuits that run throughout the galaxy. Since the Sun is also electrically interconnected with the galaxy and its planets, it should be thought of as a charged object that has reached equilibrium with the forces of its environment. That balance is not completely stable, however. The currents flowing into and out of the Sun can sometimes cause tremendous bursts of energy called solar flares. One of the largest sunspots since 1990 recently became active.

The discovery of a “solar wind” escaping the Sun at almost 700 kilometers per second was surprising in light of the thermonuclear fusion theory. In a gravity-driven Universe, the Sun’s heat and radiation pressure are insufficient to explain how the particles of the solar wind accelerate past Venus, Earth and the rest of the planets.

According to conventional doctrine, the Sun accelerates electrons (and protons) away from its surface in the same way that sound waves are amplified. Energetic pulsations in the solar photosphere travel upward through “acoustical wave-guides,” called magnetic flux tubes, that push “hot gas” outward. However, there is a more obvious explanation: electric fields in space accelerate charged solar particles, creating coherent electric networks that flow through the Solar System.

Solar flares are most likely cosmic lightning bursts, discharging vast quantities of matter at near relativistic speeds out into space. The circuit connecting the Sun with the Milky Way probably extends for thousands, if not hundreds of thousands of light-years, giving some indication that the electrical energy feeding the solar anode might be substantial, indeed.

As Electric Star theory relates, sunspots, flares, coronal heating, and all other solar activity most likely result from changes in the electrical input from our galaxy. Birkeland current filaments slowly rotate through the Solar System, supplying more or less power to the Sun as they go.

The giant flare recently observed in association with sunspot 2192 reveals its electrical parentage, proving Electric Universe advocate Wal Thornhill’s assertions that: “Lightning and electrical discharges are a form of plasma and research into plasma was going on while astrophysicists were developing their one idea about stars. But their tunnel vision kept them from becoming aware of it.”