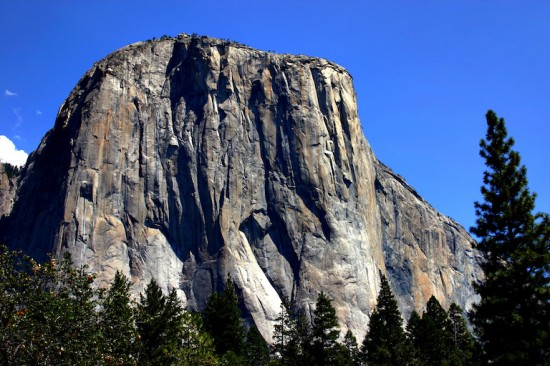 Stones as large as mountains could be physical evidence for interplanetary lightning bolts on Earth.

In the last installment about immense solitary stones that are found all over the world, it was noted that several of them in Australia and Europe could be the result of tremendous electric arcs. The magnetic fields created from such forces may have lifted the sediments and other materials from the surrounding landscape, crushed it in compression zones capable of squeezing sand into stone, and left behind a solidified mass. Some extraordinary formations are located in areas where there is nothing around except flat desert for thousands of square kilometers.

Granite is composed of feldspar and quartz, but usually contains mica and hornblende as well, providing a characteristic sparkle. Granite decomposes into soils that are well drained and high in mineral nutrients, making places like California ideal for agriculture. Since the Sierra Nevada mountains are granite uplifts, the erosion of the peaks has supposedly washed down the rivers over millions of years, forming the sediments in the Central Valley, “America’s breadbasket”.

Two of the most recognizable formations in North America can be found in the Sierra Nevada mountains. El Capitan, along with its opposite number, Half Dome, are Yosemite National Park’s famous stones. Both are solid granite monoliths that rise a thousand meters above the valley floor. According to conventional geological theories, they are magma intrusions that formed deep underground millions of years ago. The magma did not erupt but instead hardened into granite. The intrusions were exposed after millennia of weathering. During the last ice age, glaciers supposedly sliced the faces of El Capitan and Half Dome into their present shapes and creating the Yosemite valley.

Another example of an anomalous, mountain-sized uplift is Stone Mountain, Georgia. Once again, the standard explanation sees Stone Mountain as the remains of a granitic magma intrusion into softer limestone sediments that subsequently wore away, uncovering the dome-shaped pluton after millions of years.

Some other figures of this kind are Dellenbaugh Butte, Stone Mountain in North Carolina and another “El Capitan” in the Guadalupe Mountains of Texas.

“Overlying rock strata” is a theory similar to “dark matter”. It was invented so that the theory would work and not because of observational data. Long eons of geologic time and the slow course of wind and water picking single grains off the face of a granite colossus until it resembles Half Dome is a theory whose time has passed. Ice has never been demonstrated to break and crush mountains into spires and mounds. Wind and rain dash themselves against the formations like bugs on a windshield, but that doesn’t mean weather or insects created the shapes. Instead of eroding down, they could have been electrically pinched up.

As previous Thunderbolts Picture of the Day articles have noted, however, in every place on Earth and the rest of the Solar System there are mountains, valleys and basins where highly energetic plasma discharges may have blasted the terrain. The stony mountains with sharp peaks and steep slopes that exhibit no debris from erosion and the vast fields of “dunes” that look more like hardened ridges than wind-blown sand are possible results of those impacts. Stone monoliths provide more clues to that potentially violent and relatively recent past.