Answer:
Einstein’s Relativity theory is actually two related theories—the Special Relativity (SR) theory of 1905 and the General Relativity (GR) theory of 1915. Broadly speaking, both examine the motion of physical bodies in relation to the role of frames of reference. More specifically, SR deals with light and GR with gravitation.

Both are purely mathematical theories. The relationship of the mathematical symbols to the real world of physical bodies and their motions is a matter of interpretation, that is, of head-scratching and eye-squinting and, of course, political jostling. The extended bodies of the real world must be arbitrarily and forcibly fitted to the dimensionless points of mathematics. The approximate measurements of real movements must be pressed into the exact coordinates of equations. 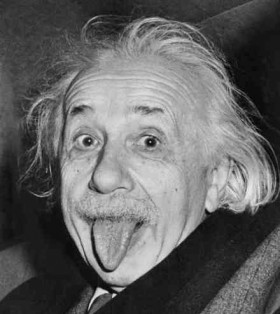 Such exclusiveness—a crucial experiment—is extremely difficult to devise. The Global Positioning System (GPS), claimed to verify Relativity, was devised to calculate positions with relativistic mathematics. The late Dr Tom Van Flandern, while he was on the US Naval Observatory team that developed and commissioned the GPS, used Newtonian mechanics and produced the same answers precisely. His equations were subsequently rejected and replaced by Einstein’s for no other reason than political expediency. “Expedient verification” seems rather soft, even flaccid, for a supposedly “hard” science.

How much adjustment is acceptable? In 1919, Arthur Eddington undertook to measure the bending of starlight around the Sun during an eclipse. Einstein’s theory predicted twice the bending that Newton’s theory did. Eddington’s measurements were at the limit of precision of his telescopes—his standard error was around 30%. His measurements ranged from half to twice Einstein’s prediction. Half supported Newton’s prediction. In what has come to be standard practice in many scientific endeavors, Eddington threw out the inconvenient data and proclaimed verification of Einstein’s prediction.

In 1971, J.C. Hafele and R.E. Keating flew four atomic clocks around the world, first eastward, then westward. Only one of the clocks performed steadily. Its results for the westward flight were corrected from +26ns to +266ns, a correction factor of ten. Times for the other three clocks were also adjusted, and the experiment was proclaimed to be another verification of Relativity.

It’s worth noting that when the theories of Relativity were published (1905 and 1915), astronomers thought that the Milky Way was the entire universe. Gravity was considered to be the only significant force in it. Space was thought to be a vacuum and a perfect insulator that ruled out any electrical interactions. There was little awareness of plasma. (The word wasn’t invented until 1927.) Little has changed: The universe is now thought to be much larger but still ruled by gravity alone, and the plasma medium that fills the vacuum of space is thought to be a perfect conductor, ruling out any charge differential.

In 1933 Dr Dayton Miller concluded more than a quarter-century of investigative experimentation by stating that the original Michelson-Morley data were skewed by the effect of temperature and by adjustment for a preconceived aether wind direction. Factor those out and you get a fringe shift equivalent to 10 km/sec, a figure later confirmed by Miller’s own experiments.

Despite some desperate rearguard action by relativists attempting to discredit his results, they have stood the test of time. Einstein himself conceded variously in correspondence and in Science that should Miller’s data be validated, his (Einstein’s) theories would fail. In July 1925, Dr Einstein wrote in a letter to Edwin Slossen: “My opinion of Miller’s results is the following… Should the positive results be confirmed, then the special theory of relativity, and with it the general theory of relativity, in its current form, would be invalid.”

In 1998, the highly respected physicist and Nobel laureate Maurice Allais published a rigorous analysis of Miller’s 1925-26 experimental results in the magazine 21st Century Science & Technology. His conclusion is that Miller’s results are indeed authentic and cannot be attributed to any spurious or fortuitous effects.

Allais wrapped it up thusly: “Consequently, the Special and General Theory of Relativity, resting on postulates invalidated by observational data, cannot be considered as scientifically valid.”