Home Picture of the Day What Is Electricity? 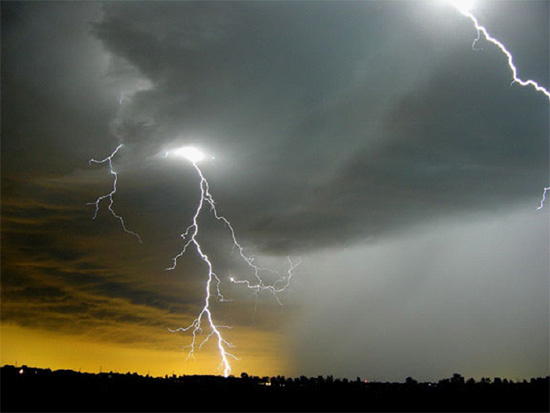 The Electric Universe hypothesis proposes that electricity lights the stars and forms the web of galaxy clusters in the Universe. But what is it?

First, “electricity” is a catchall term that describes several different phenomena: piezoelectric, thermoelectric, and even bioelectric activity are all forms of electricity. In a similar vein, “heat” has many faces: radiant heat, contact heat, convective heat, etc. One thing to keep clear, though, is that heat is a form of energy while electricity is not. However, continuing with the analogy, a flood of molten lava is not a flow of heat, nor is an electric current a river of electricity.

Defining what is meant by electricity often depends on who is providing the definition. Physicists and mathematicians define it in one way, while the “man on the street” defines it in another. Electricity is a fundamental quality of matter, so it is used to characterize other things, thus consensus opinion is lacking precision.

Like all bedrock presumptions such as “gravity” or “time”, reducing electric terminology into smaller units is impossible because it lies at the bottom of the lexical well. All we can do is draw water from the well, but we can’t make more water. So, electricity must be defined in comparison to other observations that appear to have a relationship with one another.

It may be dissatisfying to realize that we can go no further than that in our search. However, neither can we go deeper into ideas such as “length”. Length is the end of the line when units of physical measurement are considered. No matter how small or how large an object is, length remains as a principle that underlies all units, whether meters, or light-years. The question, “how many lengths of string does it take to reach the Moon?” is illustrative of the point. The unit measure of length must be considered. It depends on the unit value before the question can have meaning.

Scientists use the word “electricity” when they mean “the flow of electric charge”. Maxwell and other early investigators thought of it in that way, and that is how it is used today when electric current is discussed. That leads into significant inconsistency when the expression is used among other groups of people, though. For example, consider this definition from a website designed for high school students:

[Electricity] is a form of energy, evident from the fact that it runs machinery and can be transformed into other types of energy such as light and heat.

Electromagnetic energy is different; it flows in only one direction at near the speed of light. Whereas electric charge is conserved in the circuit – it cannot be created or destroyed, only moved from place-to-place – electrical energy is converted into another form. It moves out from the source to the load and then away from the circuit as light or heat, never to return.

In a direct current (DC) circuit, electric charge hardly moves at all. In fact, electricity in DC circuits has been measured at speeds of only meters per hour. The electromagnetic energy in a circuit, on the other hand, travels like a wave through water, moving at speeds of millions of meters per second. Just as waves travel “through” water molecules in the ocean, electromagnetic energy travels “through” electric charge.

Electricity moves through a DC circuit in the wires as particles of charge. Electrical energy travels outside the wires as units of electromagnetism: it is a “field” rather than packets of material charge. In alternating current (AC) circuits, the movement of electricity is different, but the distinction between matter and energy remains. In AC circuits the electric charge does not flow. Instead, charged particles in the wires oscillate back and forth at 60 times per second in America, or 50 times per second in Europe. The energy flow is identical. However, it travels along outside of the wires at close to light speed.

Written by Stephen Smith from information provided by William Beatty.