Answer:
Science is the study of patterns in nature to uncover dependable relationships between causes and effects. As they are confirmed, these relationships lead to formulations of useful “laws” governing the natural world.

We have to learn again that science without contact with experiments is an enterprise which is likely to go completely astray into imaginary conjecture.
~Hannes Alfvén, Nobel Laureate 1970 for his contribution to plasma physics 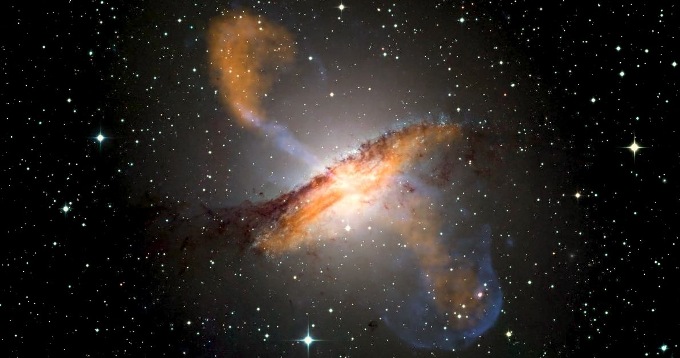 Lenticular radio galaxy Centaurus A. Observations in infra-red and radio wave lengths reveal jets of material emanating from the core along both axes and at around half the speed of light. The electrical nature of such phenomena becomes increasingly clear year by year. Credit: ESO/WFI (Optical); MPIfR/ESO/APEX/A.Weiss et al. (Submillimetre); NASA/CXC/CfA/R.Kraft et al. (X-ray).

No one speaking for the Electric Universe has ever rejected a law of physics. But no law of physics acts alone in nature. Gravity will not disappear just because a charged particle is more powerfully affected by the electric force.

It requires that we adjust the way we look at the cosmos. We tend to overlook the most important features of our stellar environment, without which it makes far less sense. The universe is an all-encompassing electro-magnetic field with some things in it. That’s a pretty simplistic way of describing the magnificent complexity that surrounds and sustains us, but at least it gets the priorities right.
~Hilton Ratcliffe,  The Virtue of Heresy – Confessions of a Dissident Astronomer

One of the greatest challenges for science at this time is to make more clear the distinction between a law and a theoretical interpretation. The assumption of an electrically neutral universe is an interpretation not a law. The same can be said for the idea that gravity alone rules the cosmos on the grand scale. The gravitational equation (“law” of gravity) does not cancel out the abundant evidence for electricity in space.

When presented as fact, theoretical guesswork and assumption can only obstruct scientific progress. Unsupported interpretations then hold the theorist’s attention to a narrow field of view. A broader horizon of falsifying data and emerging possibilities can then remain hidden for decades.

The fundamental requirement for progress in science is the eagerness to be corrected. The new perspectives proposed by the Electric Universe invite a reconsideration of long-held ideas in the space sciences, in biology, and in the study of human history. Seen from the perspective of scientific progress, every discovery that calls for an adjustment of theory can only be good news.