Answer:
This misconception can be validly answered by both yes and no.

No matter how glowingly scientists describe the virtues of the scientific method, it is and always shall be a human system operated by people. Whether science is in practice self-correcting will depend upon that unavoidable human factor and can succeed only inasmuch as the mindset of the person in the driving seat will allow it to. The scientific method is an ideal, something to aim at, and make no mistake; it’s a very good one. The ideal method would embrace checks and balances to weed out biases and systematic errors, but was it successfully achieved?

Each problem that I solved became a rule, which served afterwards to solve other problems.
~Rene Descartes 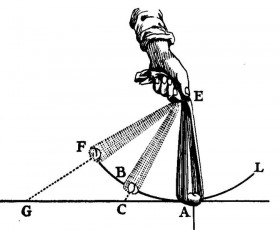 The current state of physical science would suggest that science is neither fully self-correcting, nor does it willingly acknowledge blunders that inevitably occur when we tackle some of the toughest questions that can be asked. In fact, subjective interference in the supposedly objective scientific process has reached scandalous proportions. The last 100 years are replete with examples illustrating the failure of the scientific method to produce realistic answers.

In 1915, Albert Einstein published his magnum opus, the General Theory of Relativity. In due course, British astronomer Arthur Eddington led an expedition to photograph the eclipse of the Sun, and record the bending of starlight by gravity as predicted by Einstein. Newton’s laws also predict the displacement of light paths by massive objects, known as half-deflection. Eddington himself later declared that “The measures pointed with all too good agreement to the ‘half-deflection,’ that is to say, the Newtonian value which is one-half the amount required by Einstein’s theory.”

Another example is the solar neutrino problem. The Standard Solar Model was specific in its prediction of neutrinos emanating from core nuclear fusion from the Sun. From the 1960s on, neutrino observatories were set up to track neutrinos coming from the Sun. All the neutrino observatories gave the same answer, without exception: The flux of neutrinos coming from the Sun was a fraction of what it should have been. Clearly, nuclear fusion could not be the sole source of solar energy. Did the scientific method kick in and declare the hypothesis falsified? Not at all, quite the contrary. In 2002, Ray Davis and Masatoshi Koshiba won the Nobel Prize for Physics for establishing that only a third of the expected solar neutrinos were getting to the Earth. Somehow that result was taken as verification of the Standard Solar Model.

No amount of experimentation can ever prove me right; a single experiment can prove me wrong.
~Albert Einstein

Scientific knowledge and the rules that govern it are inextricably bound to empirical evidence. It is always and forever subject to falsification as the knowledge base expands almost exponentially with new discoveries. It is therefore hard-wired into the method that no theory can be held with complete certainty, and by implication, that it does not allow sacred cows in any shape, size, or form. The method employed by scientists does indeed have built-in self-correcting mechanisms, and by design acknowledges any anomalies that might arise. Sadly, scientists themselves are not nearly so magnanimous or scrupulously honest.

NOTES: This excerpt was taken from the forthcoming book by Hilton Ratcliffe, Stephen Hawking Smoked My Socks, which tackles this misconception comprehensively.