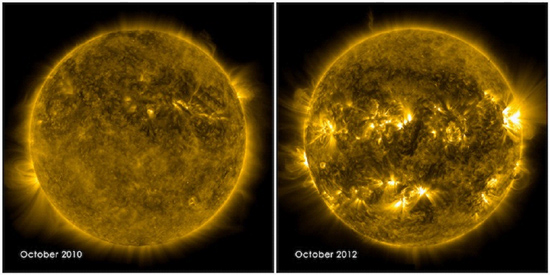 Problems with various theories could be resolved if mistaken identity were considered.

It has been demonstrated over the centuries that the worst possible witnesses in court are often those who were present at the scene of the crime. There are documented cases of people being held for crimes they did not commit because one or more eyewitnesses swore to their guilt under oath. It becomes known only later when overwhelming evidence, such as DNA, proves that the alleged perpetrator could not have done what was claimed.

Often, the problem with mistaken identity is one of prejudice. Suspects are categorized by their racial profiles, their affiliations with radical groups, previous behavior, or association with those who are known lawbreakers. Lacking a confession from some other individual, law enforcement personnel are sometimes unable to prevent themselves from focussing on guilt by association, or circumstantial evidence. Assistant District Attorneys do not last long without convictions.

Similarly, professors at prestigious universities are compelled to follow “party lines” and to be prolific in their output of published articles. In order for funding to continue, the physics department must conduct experiments and turn out a steady stream of Ph.Ds for the scientific establishment in the military and the commercial sectors. Their experiments are usually expensive and take months to set up, so the funders expect results that will profit them in some way. LIGO and the Large Hadron Collider are two of the most notorious in a long list of experiments that are searching for phantoms.

When research groups are faced with a lack of evidence for their theories (the “confession”), they too resort to circumstantial investigations. One such case is “magnetic reconnection”—one of the worst examples in modern physics of ad hoc theorizing.

The most significant obstacle to nuclear confinement fusion is supposed to be magnetic reconnection events in the reactor, creating instabilities that cause the reaction to stop. Since no one has the slightest idea how or why this hypothetical process works—how magnetic lines of force separate and recombine—no one can suggest a way to prevent it. It is a further hinderance to a fruitless 60 year attempt at manufacturing thermonuclear fusion power systems.

This is not the first time that magnetic reconnection has been used as an excuse when observational data is missing. Today, it is a common “explanation” for Earth’s aurorae. As the consensus view states, the magnetosphere surrounding Earth stretches and deforms like a teardrop because it is being bombarded by a powerful stream of charged particles from the Sun. As the field is pushed on the sunward side, it is stretched out on the other side of our planet, where the field lines are said to “unravel” and “flap like a flag waving in the wind.”

According to the theory, when those magnetic field lines cross and “reconnect” through some unknown mechanism, they are supposed to detonate, releasing large quantities of heat, light and electrical energy. That power flows down the field lines into Earth’s poles, where it causes the air molecules to glow with brilliant auroral colors. The potential energy that ignites the aurorae is said to be “stored” in the magnetic field lines.

Kristian Birkeland is not only spinning in his grave, he is doing cartwheels.

Strong magnetic disturbances are detected when bright aurorae are seen. It was in 1903 that Kristian Birkeland’s observations led him to propose electrically powered aurorae. Since electric current moves through a closed circuit, and since the currents and the glow seemed to be caused by processes in distant space, he theorized that the circuit’s beginning came down from space at one end of the auroral arc and looped back out to space on the other end.

In 1973, the U.S. Navy satellite Triad flew through this electrically charged layer. The onboard magnetometer found two electric currents in gigantic sheets, each carrying a million amperes or more, one descending on the auroral zone’s morning side and one ascending on the evening side. Since Birkeland’s research had predicted the currents that link Earth with space they were called Birkeland currents.

It is a case of mistaken identity for scientists to create a theoretical entity called “magnetic reconnection”, when the forces and effects can be easily associated with solid evidentiary conclusions. Rather than electromagnetism acting in ways that are beyond the prevailing theories, why not use the evidence gathered by Birkeland more than a century ago as the explanation? It is the unfortunate character of modern research institutions that they cling to what has been pontificated from above and follow the well-worn path. That tendency goes so far as to ignore information, carefully documented by a dedicated scientist, in favor of fantastical speculations about what has never been seen.