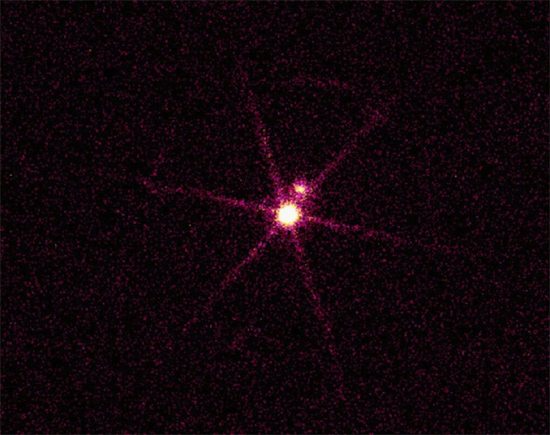 The proposed solution is that the spiral arms of the Milky Way appear and disappear as it changes over the eons of its existence. Stars like the Sun take about a million years to complete one revolution around the center of the galaxy, and during that time they might have felt a push or a pull from one or another of the arms. If the spiral arm happened to be ahead of the star at a close enough distance, then it might have imparted a gravitational pull, accelerating it into a higher, more elongated orbit farther away from the galactic center of gravity. Conversely, if the star travelled ahead of a spiral arm, it might have been pulled from behind into a lower orbit.