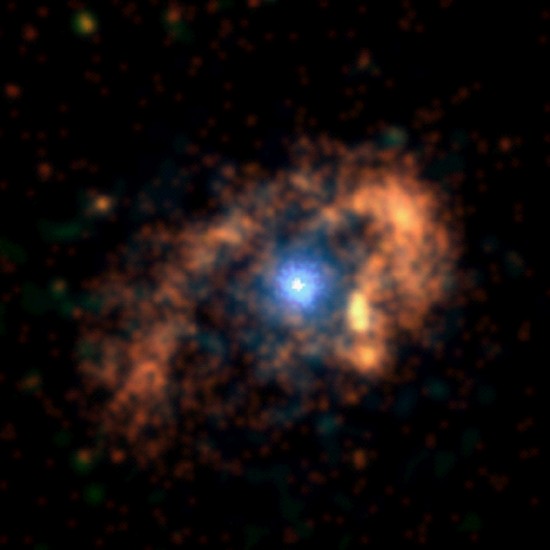 Wind socks, bow shocks, shockwaves and collisions are often used to describe the phenomena that create high-frequency electromagnetic radiation in the cosmos.

From gamma rays down through X-rays and extreme ultraviolet, conventional theories have relied upon gravity and acceleration as the only way for them to be produced in space.

Compression of hydrogen gas and dust is supposed to create enough transfer of momentum that it reaches temperatures greater than the cores of some stars. In other words, it is the high temperature of the gas that makes it glow so brightly.

The CHANDRA satellite has detected streams of charged material pouring out of the Crab Nebula, emitting X-rays as they go. It was long thought that nebular clouds or the expanding gases of supernova explosions could not be sources of those frequencies, since the bubbles were supposed to be areas where gases were losing kinetic energy and cooling off. However, several “mysterious” observations have called into question the underlying principles of standard theory.

Astronomers also note that the two giant stars in Eta Carinae are blowing off “intense winds” of such velocity that the collision of the wave fronts is said to generate X-rays where the shells intersect. This is supposed to take place through kinetic shock, even though it is acknowledged that the “wind” is ionized particles. According to researchers, as electrons bounce back and forth in the magnetic fields they are accelerated until they collide with low-frequency photons and give them an energy boost, creating the X-ray emissions.

In previous Picture of the Day articles, it was noted that many structures in the galaxy are active energy sources. Some of them eject charged matter out from their poles, or leave long braided tails extending for light-years, or have hourglass shapes composed of tightly bunched filaments.

A more detailed image of Eta Carinae reveals the distinctive hourglass shape that results from intense plasma discharges. The Eta Carinae binary system appears to have a mass 150-times that of the Sun and to be shining with four-million-times the brilliance, which indicates the high current density of the stellar z-pinch.

It is well known that one shouldn’t look directly at an electric arc without eye-protection since the brilliant blue-white light is also a source of intense ultraviolet that can damage the retina. In the same way, the arc light from Eta Carinae is so bright that it is generating X-rays powerful enough to be detected on Earth, 7500 light-years away. Eta Carinae also erupted with a flash of visible light, brighter than the Moon, in the 1800s. It then faded from visibility until 1941 when it slowly began to brighten to a naked-eye object, and it remains so today. The variability of the binary stars’ behavior can be attributed to changes in the circuit caused by the motions of the two giant stars at the heart of the system.

Eta Carinae, rather than being an example of “billiard ball physics” and “wind socks” in space is a remarkable confirmation of the Electric Star hypothesis.