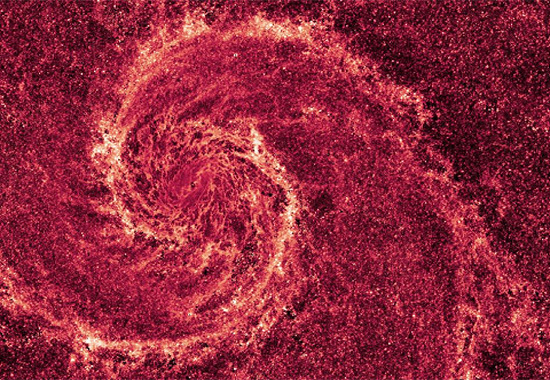 It is common knowledge that electric charge must flow in a circuit in order for a magnetic field to be created.

On May 30, 1908, Nobel laureate Hannes Olof Gösta Alfvén was born in Norrköping, Sweden. His work in plasma physics, and the motion of charged particles in particular, is foundational to Electric Universe theory.

In the 1930s, Alfvén proposed that the Milky Way contained a large-scale magnetic field, so cosmic rays (charged particles) could move in spiral orbits along its arms. His contention was that, if plasma were a fundamental component of the galaxy, the plasma would facilitate a flow of electric charge, and thus the magnetic field would arise. Since it was “known” at the time that space was a vacuum, cosmic electromagnetic forces and particle beams were considered nonexistent by conventional astrophysicists.

Today, astronomers continue to ponder how magnetic fields are generated around stars and galaxies. They still do not know what gives those fields their shape and their strength. Most astronomers believe that galaxies are gravitationally bound clouds of hydrogen gas and dust that coalesced over millions (if not billions) of years, so electricity as a formative and continuously active agent escapes their notice.

Magnetic fields in space are thought by modern astronomers to be “primordial” fragments left over from the Big Bang. They rely on that idea as an explanation for how the galaxies in the Universe were formed.

A press release from April 2010 reported that one model of galaxy formation indicated that cool gas falling into a galaxy, supernovae explosions, star birth, and the rotation of the galaxy itself are responsible for creating galactic magnetic fields. However, several other factors in their model were missing, since they were not able to predict the fields observed in several galactic structures.

According to a more recent press release, researchers using laser pulses “created certain conditions analogous to those in the early universe when galaxies were forming.” How they know what those conditions were is an important question. Nonetheless, their “new” understanding is that the Biermann battery process generates magnetic fields.

Although the “revelation” that electric currents lead to magnetic fields in galaxies is refreshing, it is noticeable that astronomers continue to rely on “shockwaves” and “bubbles” to explain the starting point. Charge separation as a primary condition of the Universe is not considered.

Another fact that is not considered is that charged particles must move in a circuit. While the consensus scientific worldview only permits isolated “island galaxies” in space, the Electric Universe emphasizes connectivity with an electrically active network.

Galaxies are enmeshed in a circuit of electricity that flows through the cosmos from beginning to end. There is no way to know where the current comes from or where it is going, but we see it in the electromagnetic fields and synchrotron radiation that permeate space.