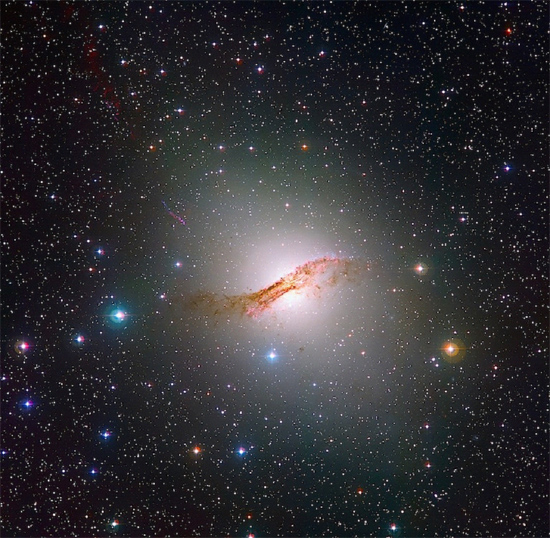 A press release from the European Southern Observatory (ESO) announces that the elliptical galaxy Centaurus A is ejecting a light-years long jet of material because a “supermassive black hole [is] at its heart”. Astronomical theories state that the radio-bright nucleus and the jet come from the compression of interstellar material as it is drawn into a central black hole possessing a mass greater than 100 million average stars.