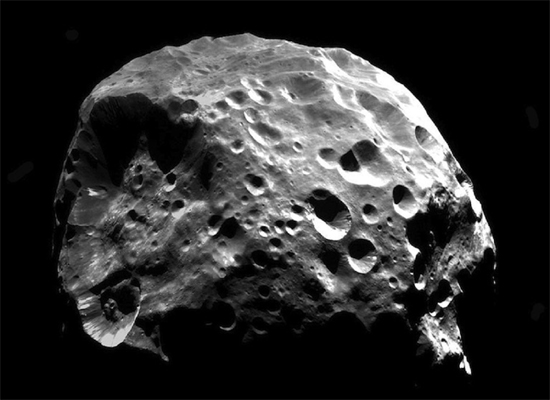 Images from the Cassini spacecraft depict a moon that has features like those found on other moons described in recent articles. Some are similar to features on the Martian moon Phobos. The crater rims have alternating striations, with steep gullies running down one side and hard edges that appear as if they were cut into the rock and ice. What appear to be rounded boulders lie inside some of the craters as well as in the faces of the crater walls.