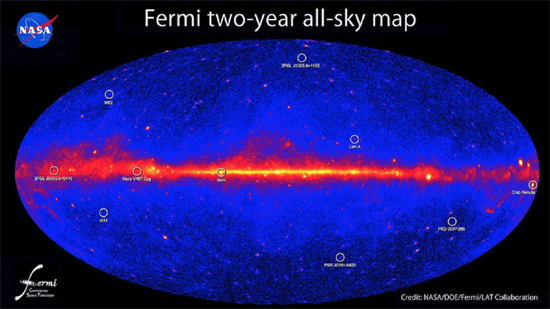 According to this press release, the Fermi Gamma-ray Space Telescope has detected several unidentified sources of intense gamma-ray emissions that are not seen in any other frequencies. NASA launched the telescope (formerly known as GLAST) on June 11, 2008. Its primary mission is observing high frequency electromagnetic waves in space, including gamma-rays. Since gamma-rays are unable to penetrate Earth’s atmosphere, Fermi was placed in high orbit.