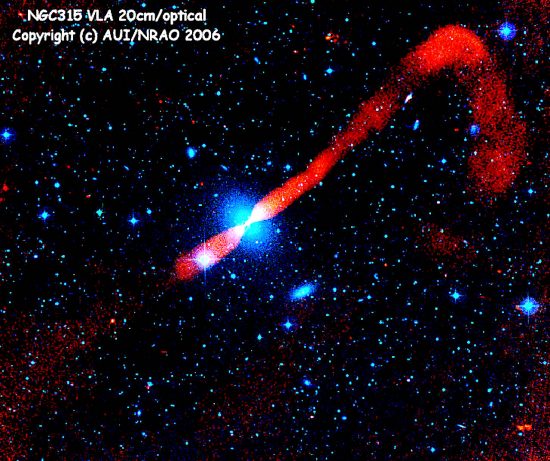 Matter in the plasma state is electrically active.

According to a recent press release, collimated jets result from matter falling into the putative gravity field of a black hole. As stellar matter orbits closer, it is said to accelerate, causing violent collisions among the jet particles, generating X-rays and other high frequency radiation. Eventually, somehow, the acceleration creates a powerful filamentary jet. Hubble space telescope images show that jets form close to a star rather than in the surrounding disk.

On the other hand, as the announcement points out, astronomers do not understand extragalactic jets. They resort to some fanciful models, like positron-electron plasma, as if such a thing has ever existed on Earth. More than 99% of the visible Universe is in the plasma state, created by ionizing hydrogen and helium: electron–ion plasmas are ubiquitous in the Universe. Electron–positron plasma, a so-called fifth state of matter, is said to exist near pulsars and black holes.

Irrespective of the flimsy ideas about antimatter particles, astrophysicists believe that extragalactic jets disintegrate, forming radio plumes around the source galaxy. The irony in the research team’s ideas is that they believe fluid dynamic instabilities cause disruption in the plasma jets like those that form in flowing water.

Failing to realize that electric charge creates magnetic fields has led many physicists to model plasma in space without considering electricity. Nobel laureate Hannes Alfvén noted that plasma is “too complicated and awkward” for the tastes of mathematicians. It is “not at all suited for mathematically elegant theories” and requires laboratory experiments.

“Plasma cosmology has one great advantage in that the phenomena are scaleable from galaxies down to stars, planets and the lab. So it is possible to bring cosmology back down to earth and do away with invisible dark matter, neutron stars, black holes and the Big Bang. They are unnecessary when the electric force is a thousand trillion trillion trillion times stronger than gravity!”