Home Picture of the Day A Failure to Illuminate

A Failure to Illuminate 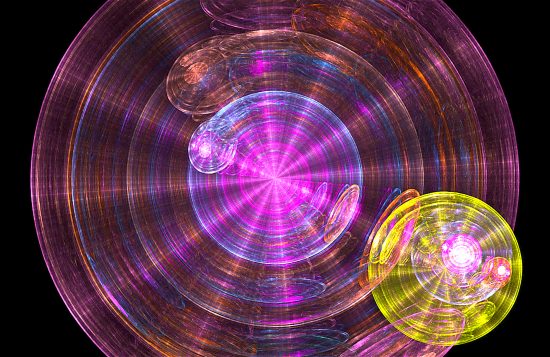 “Give light, and the darkness will disappear of itself.”
— Erasmus

Previous Picture of the day articles take issue with the theory of dark matter. Astronomers think that an undetectable kind of matter must exist in space, because stars on the edges of spiral galaxies revolve with the same angular velocity as stars close to their centers. Newtonian theory would suggest that stars farther away ought to move more slowly, so dark matter was assumed to impart extra velocity to them, although serious challenges to the theory of dark matter were already published when those ideas were made public.

Many different experiments are attempting to find those elusive particles, without success. Since super-cooled crystals and other cryogenic detectors are failing to find any evidence for dark matter, scientists are using quantum physics; attempting to build instruments that are more sensitive to their theories.

Weakly Interacting Massive Particles (WIMP) are the chief subatomic candidate for dark matter. The Cryogenic Dark Matter Search (CDMS) built a detector that was supposed to “see” WIMPs. It saw nothing, so it was upgraded to the SuperCDMS. SuperCDMS is plagued by false readings from cosmic rays and other ionizing sources. After 14 years, nothing else is colliding with the detector.

The Axion Dark Matter Experiment (ADMX) uses a superconducting magnet. It is thought that axions (another theoretical particle) should “bounce off” its eight Tesla magnetic field. Microwave photon emissions should be “seen” by an antenna, since the rate of microwaves is thought to be proportional to the axion decay rate. The device is plagued by the same problems afflicting SuperCDMS. Electronic devices generate signals, which is noise that ADMX must filter out. Earth’s magnetic field also fluctuates because of the Sun’s electromagnetic input. Temperature changes are noisy, since heat radiates infrared light. Despite the 4.2 Kelvin cold environment, tuning the detector continues to be impossible.

The Large Underground Xenon experiment (LUX) uses 368 kilograms of liquid xenon,1.6 kilometers beneath the Black Hills of South Dakota, as a “scintillator”. Photomultiplier tubes that are so sensitive they can detect a single photon surround the tank of xenon in the LUX experiment. No results.

Since solid matter is mostly empty space, dark matter interactions would take place only once in uncounted trillions of trillion atomic nuclei. Thus the need for larger instruments containing more detection materials. According to a recent press release, quantum theory hopes to simplify the process.

As the announcement states, “The goal of the new effort is to sense the low-mass particles via their energy transfer in the form of very feeble quantum vibrations…”

Electric Universe theory proposes a different view of the cosmos. Astrophysicist Hannes Alfvén came up with an “electric galaxy” theory as early as 1981. Alfvén said that galaxies are like homopolar motors. A homopolar motor is driven by magnetic fields induced in a circular aluminum plate or some other conductive metal. The metal plate is placed between the poles of an electromagnet, causing it to spin at a rate proportional to the input current.