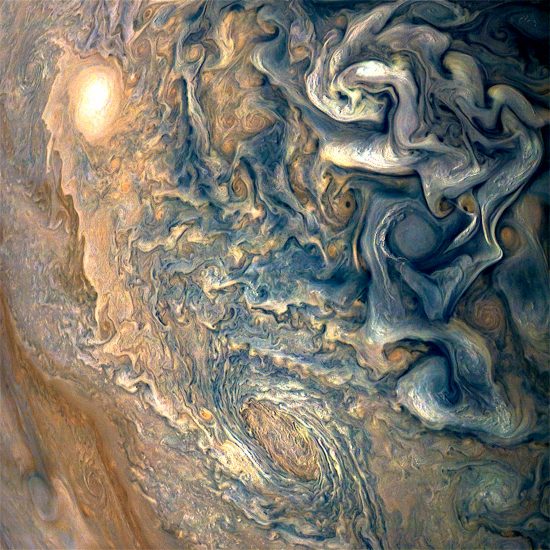 Jupiter dissipates so much electromagnetic energy that it could be thought of as a star.

Jupiter’s magnetosphere is so powerful that it reaches beyond Saturn’s orbit, over 600 million kilometers away. Zones of extreme radiation, similar to the Van Allen radiation belts, surround the planet, except that the radiation from Jupiter would be instantly fatal to any organism.

Trapped electrons in its magnetosphere emit radio frequencies, which led to the discovery that Jupiter has a magnetic field. However, the maverick scientist, Immanuel Velikovsky, predicted the magnetic field around Jupiter in 1953.

Also, when Galileo entered orbit around Jupiter, it detected more than 2 trillion watts of electricity between Jupiter and its enigmatic moon, Io. Electric charge flow along Jupiter’s magnetic field induces intense aurorae at its poles. Since they are charged bodies and not electrically neutral, Jupiter’s nearest moons all demonstrate an electric current, since they orbit inside Jupiter’s magnetosphere. Rotating charged bodies produce dipolar electromagnetic fields. No matter if they are gas giants or rocky planets and moons, the basic physics of charged objects in motion generating electromagnetism is not debated.

The Juno spacecraft discovered jet-streams on the gas giant planet running farther down into its atmosphere than previously thought: 3000 kilometers deep. Why the atmospheric bands are so deep is a mystery, since astrophysicists normally associate them with superficial weather patterns.