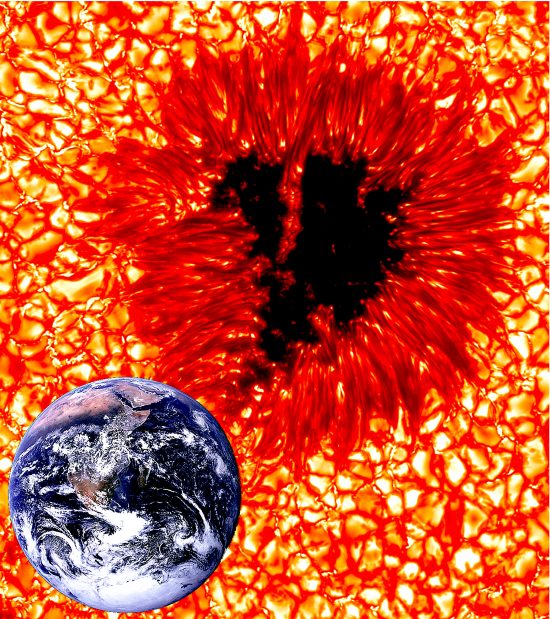 Theories about the Sun suffer from cloistered research.

“When running a lab I found that one of my most important activities was to go from room to room and discuss in depth the problems which a certain scientist or a group of scientists was trying to understand. It often happened that one group reported that in their field they had a special problem which they could not possibly understand. I told them that if they cared to open the door to the next room – it was not locked! – just this special problem had been solved half a year ago, and if they injected the solution into their own field, this would take a great leap forward. Often they were not at all happy for this suggestion…”
— Hannes Alfvén

According to a recent press release, “…the magnetic fields on the visible surface and gigantic plasma currents, bubbling up from the star’s interior…” are responsible for variations in the Sun’s output.

Heliophysicists do not understand how the Sun works. For example, how does a coherent magnetic field exist when observations reveal chaos at small scales?

In an Electric Universe, it is obvious that there is routinely ignored electrical environment in and around the Sun. Consensus opinions reveal this ignorance in many ways. One of the most prominent is that the Sun is thought to be a swirling, bubbling cauldron of fluid dynamic interactions.

A principle of Electric Star theory, and its subset, the Electronic Sun, relates to a pattern of light and dark areas seen in close-up images. Known as “granulation”, it is where dense anode tufting is seen. The Sun’s chromosphere can be likened to the region just above a gas discharge tube’s positive electric terminal, similar to what is seen in a neon lamp.

Close to the surface of the energizing anode, there is a brighter glow than what is produced by the electrically excited gas within the lamp. That brighter glow corresponds to the chromosphere, just above the Sun’s photosphere, which can be thought of as the anode surface. When electric charge density exceeds the containment ability of the anode surface, a secondary plasma forms. That is the aforementioned anode tufting. The characteristic pattern of granulation on the Sun forms because tufts are packed together so tightly.

The Max Planck research group proposes that granulation is due to hot plasma from within the Sun. That plasma acts like a teapot boiling, as other groups describe it. In their model, the roiling plasma, rising and falling, is what forms the granular chromospheric phenomenon.

As mentioned in many other Pictures of the Day, the Sun is a positively charged electrode in a circuit that is connected to a negatively charged electrode far beyond the planetary orbits, known as the heliopause. The electric model sees all solar activity resulting from fluctuations in electric power coming from the Milky Way. Ubiquitous, low density Birkeland current filaments move through the Solar System, supplying more or less power to the solar electric circuit in the form of electron drift toward the Sun.

The Sun is connected to the galaxy by Birkeland currents, so its “chaotic” characteristics are due to fluctuations in electricity arriving from the Milky Way’s electric generator. The Sun is an electric arc and not a ball of hot gas. The Sun’s energy is focused from outside and not expelled from inside. The Sun’s electric field is its ordering factor, and variations in that electric field make it a variable star.