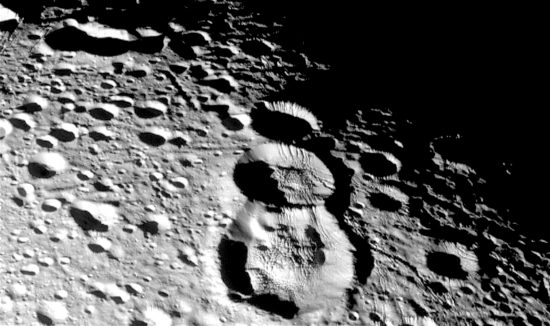 Recently, the Picture of the Day discussed the discovery of heavy molecules in the geyser eruptions from the south pole of Enceladus. Similar to those found elsewhere, such as the dwarf planet, Ceres, the molecules are probably the result of electricity in the Solar System.

Conventional theories assume that the Universe is electrically neutral, so when observations confirm electrically active plasma for instance, localized phenomena, no matter how improbable, are invoked. Tidal forces and “cryo-volcanoes” are presented as the cause for activity seen on Enceladus, while evidence for electric circuits is ignored, although the information provided by Cassini might be leading astrophysicists to some conclusions that support the electric Solar System theory.

A recent press release announced that “…observations show for the first time that [plasma] waves travel on magnetic field lines connecting Saturn directly to Enceladus. The field lines are like an electrical circuit between the two bodies, with energy flowing back and forth.”

The picture at the top of the page “shows the myriad of faults, fractures, folds, troughs and craters that make this Saturnian satellite especially intriguing.” Planetary scientists immediately identified the features running through the craters as “fractures.” They do look superficially similar to tectonic faults on Earth. Although Earth is more geologically active than other bodies in the Solar System, projecting Earth-based doctrines onto alien landscapes is not appropriate. Traditional geology excludes electric discharges as the most direct explanation for scarring patterns observed on Enceladus. Instead, eons-long processes that are thought to create what is found on Earth are said to do the same things on the tiny moon.

During its Grand Finale, Cassini flew close by the superheated geysers erupting from the south polar region. One of the focal points of its trajectory was the “tiger stripe” sources of hot vapor erupting into space and contributing to Saturn’s rings. Electric arcs excavate surfaces in ways that cannot be duplicated by slow geologic process. Grooves and trenches left by arcs will typically reveal little or no residual material within the trenches, as if a claw simply descended from above.  No lateral displacement (which will show up most obviously where one trench angles across another) can be observed on the surface of Enceladus.

It bears repeating that the hot poles of Enceladus were a surprise to NASA investigators. “This is as astonishing as if we’d flown past Earth and found that Antarctica was warmer than the Sahara,” said John Spencer, an astronomer from the Southwest Research Institute in Colorado.

Cassini’s imaging team leader, Carolyn Porco said, “We realize that this is a radical conclusion—that we may have evidence for liquid water within a body so small and so cold. However, if we are right, we have significantly broadened the diversity of solar system environments where we might possibly have conditions suitable for living organisms.”

Scientists jumped to the conclusion that liquid water beneath the surface must be responsible for both the temperature anomaly and the jets because solar heating and internal heating are the only energy sources that are allowed in their theories. Solar heating is completely inadequate because the moon is so far away from the Sun. Although the south pole of Enceladus is warmer than “it should be” it is still 261 below zero Celsius. So-called “tidal kneading” from Saturn fails because the theory has no explanation for why the effect is limited to the southern hemisphere.

It appears that the same problems that cometary jets pose are confronting the Cassini mission. It also appears that they are using the same shaky theory of narrow surface vents above a subsurface chamber of hot water. There is no evidence for such vents, either on comets or on Enceladus.