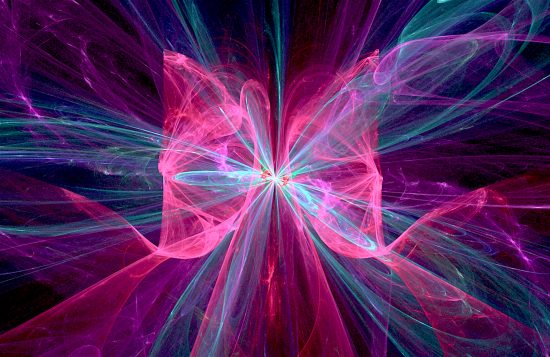 “…plasma is so silly that it does not understand the sophisticated mathematics, or it is that the plasma is so clever that it finds other ways of behaving, ways which the theoreticians were not clever enough to anticipate.”
— Hannes Alfvén

On August 14, 2017 NASA launched the Cosmic Ray Energetics And Mass (CREAM) device as part of an experiment to study cosmic rays. It will be installed on the International Space Station, and is designed to “…measure the highest-energy particles of any detector yet flown in space.” CREAM continues NASA’s Balloon Program, that sent science packages up to altitudes of 37 kilometers.

Today, it is understood that cosmic rays are ions from deep space traveling at high velocities. About 90% of all cosmic rays that arrive in the Sun’s neighborhood are single protons, followed by 5% helium nuclei, with the rest comprising all other elements in the periodic table.

“Cosmic rays” is actually not an accurate name for the phenomenon. It comes from the early days of scientific investigation when electroscopes were used to detect electric charge on objects. Scientists did not understand why air inside their instrument housings became ionized, despite careful insulation. They assumed that ionizing radiation was coming from the ground.

In 1910, Theodor Wulf built an electrometer that he took to the top of the Eiffel Tower, in order to measure the difference in radiation between the top and bottom. His electrometer was designed to detect ground radiation, which he naturally thought would diminish as he climbed higher. Surprisingly, the effects on the instrument increased in strength.

On April 17, 1912 Nobel laureate Victor Hess, following Wulf, created an electroscope that was resistant to pressure and temperature changes. Hess determined that ground radiation should be undetectable at altitudes above 500 meters, so he and his apparatus went up to 5300 meters in a helium balloon. He found that the electroscope discharged, so there was ionizing radiation coming from above and not from the ground. He and his associates believed that the radiation’s source was electromagnetic, so they called them “rays”.

Cosmic rays are atomic nuclei, therefore they are electrically charged. Modern astrophysicists think that electromagnetic fields beyond a certain distance ought to make it impossible to determine where they come from, since those fields, in their minds, are randomly distributed through space. Supernovae or Gamma Ray Bursters are supposed to be the only ways that deep space cosmic rays can be created, even though “hotspots” of dense concentrations are often seen. That confuses them, because no sources exist close enough to initiate such high velocity ions.

“When I entered the field of space physics in 1956, I recall that I fell in with the crowd believing, for example, that electric fields could not exist in the highly conducting plasma of space. It was three years later that I was shamed by S. Chandrasekhar into investigating Alfvén’s work objectively. My degree of shock and surprise in finding Alfvén right and his critics wrong can hardly be described. I learned that a cosmic ray acceleration mechanism basically identical to the famous mechanism suggested by Fermi in 1949 had [previously] been put forth by Alfvén.”
— Quoted in Anthony L. Peratt, “Dean of the Plasma Dissidents“, Washington Times supplement: The World and I (May 1988).

Hannes Alfvén identified the “exploding double layer” as a new class of celestial object. It is those double layers that form cosmic rays. As he pointed-out, solar flares can exhibit greater than 10^9 volts, and that galactic discharges could be several orders of magnitude larger.