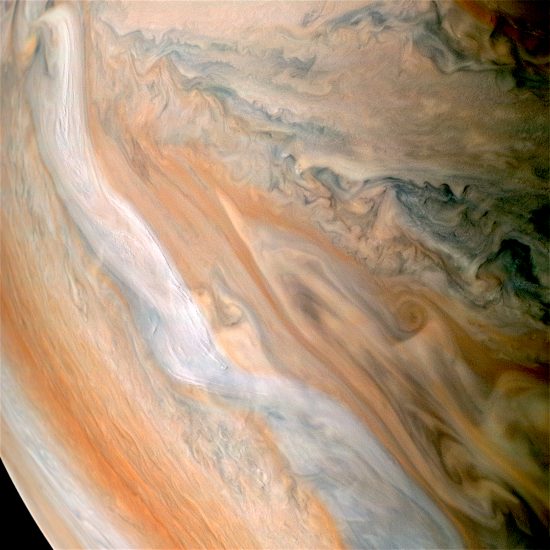 The fastest winds ever recorded on Earth was a 372 kilometer per hour gust on Mount Washington, New Hampshire in 1934. Tornadoes and hurricanes can achieve higher average velocities for short periods, but the maximum 24 hour speed record of 205 kilometers per hour during the same 1934 winter storm still remains.

Speaking of tornadoes, they present difficulties for both consensus meteorologists, as well as for Electric Universe advocates. Convection is not sufficient when it comes to generating so much power, so an alternate theory that sees them as rotating electric discharges could make more sense of the phenomenon. The electric charges in a tornado are whirling at many meters per second, so they probably form an electromagnetic field called a “charge sheath vortex.”

Weather on Earth is thought to be caused by the Sun’s thermal influence. As Earth rotates, gases and dust are said to absorb solar radiation at varying rates and in varying degrees. When regions heat up, the air expands and loses density, creating a relatively low pressure area. Cooler air, being denser, naturally flows into the warmer, lower pressure region, causing a convection cell to form. That kinetic explanation—that wind blows when cooler, denser air flows into warmer, buoyant air—ignores any electromagnetic component to weather.

The kinetic model does not take into account the fact that planets much farther from the Sun have sustained winds that make those on Earth seem like gentle breezes. The average wind speeds on the gas giant planets are fantastic.

Previous Pictures of the Day explain that Earth is a charged body moving in a large cell of plasma, so physical phenomena must consider the electrical nature of plasma. Contemplating the larger picture will help to add new details to the study of everyday phenomena, such as weather.

Electric Universe theory agrees with conventional theory that wind is the movement of air molecules. Could there be other agents of movement besides convection? What if lightning is the force that powers wind speed? Neptune has some of the strongest winds of any planet in the Solar System, yet it is farthest from the Sun. Perhaps hurricanes, tornadoes, and even prevailing winds on Earth are also due to the electric currents endemic to planetary atmospheres?

Conventional theories explain wind solely as a function of convection and gas kinetics. Electric Universe proponents insist that electric discharges must also be considered. Electromagnetic forces in plasma move and accelerate charged particles, so collisions between charged and neutral particles drag the neutral air molecules along with them. Close observation of laboratory arc discharges reveals that an electric “wind” surrounds and often precedes an electric arc.

As mentioned, plasma discharges sweep-up surrounding air molecules along with charge carriers, or ions. Wind appears as inflows and updrafts as well as outflows and downdrafts that lift dust particles and erode surfaces. By analogy, the accepted explanation of thunderstorms caused solely by convection must then be reconsidered.