Home Picture of the Day The Logic of Proof

The Logic of Proof 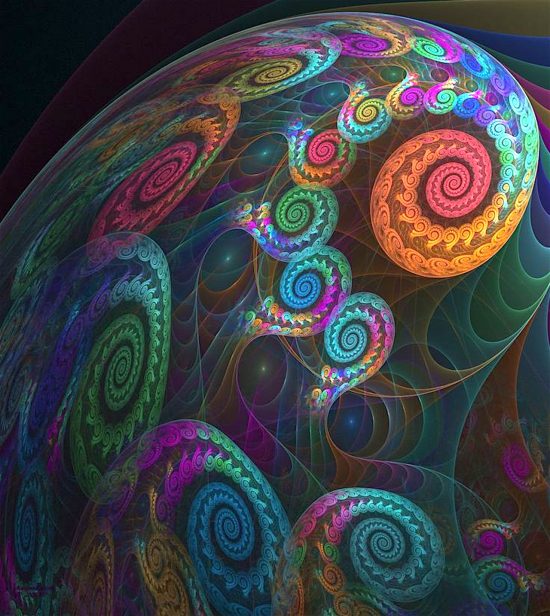 “The Melody of Logic” by anjaleck at deviantart.

Scientific theories-or, for that matter, theories of any kind-are “if-then” statements.

If a theory is true, then certain events can be observed. If Relativity is true, then starlight passing near the sun will be bent twice as much as Newton’s theory predicts. If evolution is true, then variations in a species can develop into independent species. If the Big Bang is true, then there will be a cosmic background radiation corresponding to the temperature to which space has cooled since it Banged.

Let’s apply this to a real theory. If the Big Bang is true (premise A), then there should be a cosmic background radiation (prediction B). If no background radiation were found (assuming the search was thorough), B would have a value of false. Looking at the truth table, we see there are two possibilities: Either the theory is false (line 2) or the premise is false (line 4). In either case, the theory has been falsified.

But if we find the background radiation, B would have a value of true. And the radiation has been found. The discovery was announced as proof of the Big Bang. But is that logical? Again, looking at the truth table, we see there are two possibilities. In the first case (line 1), both the theory and the premise are true. We’ve verified the theory. It’s a proven truth you can take to the bank — or in this case to the press conference. But wait: There’s that second possibility (line 3). The premise could be false. Remember I said a false premise can imply anything? Our proven solid-gold truth has clay feet. Our moment of certainty passes before we can get in the door of the bank. The publicity about proving the Big Bang turns out to have been a wishful pretense. In fact, a search of the astronomical literature reveals several predictions of background radiation by various theories dating back to the late 1800s.

The only certain argument that can be constructed from this truth table is this: “If A, then B. Not B. Therefore, not A.” It’s called “Modus Tollens,” or “denying the consequent.” The argument that claims to prove a theory is this: “If A, then B. B. Therefore, A.” It’s called “affirming the consequent”, and it’s been known to be a fallacy since the time of Aristotle. (Let me emphasize again: “fallacy” doesn’t mean the argument is necessarily wrong; it means it’s indeterminate.)

This means you can never prove the truth of a theory. No matter how many predictions are confirmed, you can never be sure the insolent little crackpot across the street won’t come up with a better idea. If crackpots disturb you, you’re going to have a bad day. You can never get rid of them with logic. But if the prospect of discovering better ideas thrills you, you can look forward to a long and exciting life. There will always be better ideas … for better living … through logic.