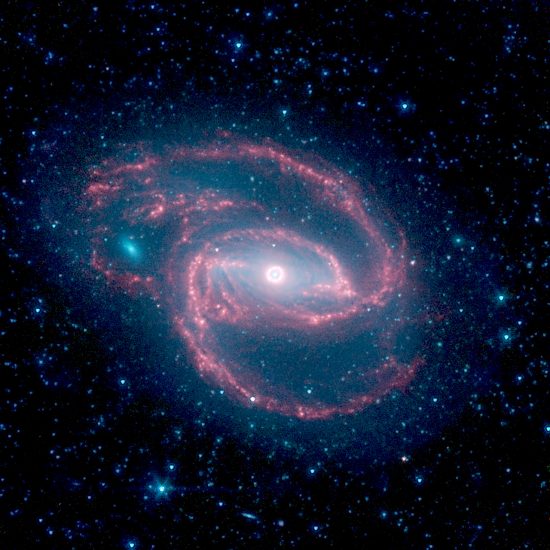 Stars do not follow the course that conventional understanding demands. They are not born in clouds of gas far less dense than a puff of smoke. They are not balls of hot gas, they are composed of various elements in the plasma state. Since plasmas are ionized and electrically charged they do not behave like a pressurized gas, so gravity is not sufficient when it comes to explaining star birth and star death.

Recently, astronomers from the Instituto de Astrofísica de Canarias in Spain announced that they understand galactic star formation better than they did before. Conventional theories about star formation state that the dense gas in a proto-galactic cloud collapses from the center, outward. The greatest concentration of giant stars, some exceeding 100 times the mass of the Sun, will form in the central region first, for the obvious reason that there is more material to condense.

As a galaxy ages, the star-forming center will start to run out of fuel, and massive star formation will stop, just like a fire when it has no fuel. In fact, standard cosmology predicts that the Universe should have run out of raw star material billions of years ago. Instead, at least half of the observed galaxies appear to be actively forming stars. A process called “quenching” needed to be added in order to prop-up the theory.

The idea is that intense magnetic fields within galaxies prevent the formation of large molecular clouds, so stars can only form in smaller clouds. This means that there will be a higher fraction of low-mass stars, resulting in fuel conservation, since the big stars can no longer form. The existence of powerful magnetic fields must also indicate the presence of strong electric fields, since there can be no magnetic fields without electricity. However, any electrical activity is ignored in the research article, as is the electromagnetic nature of plasma.

Plasma is not defined in the conventional sense that falls back on gas behavior and thermal ionization. As written previously, plasma is an emergent, or higher-level, orderliness in complex electrical forces that tend toward chaos. Properties such as filamentation, long-range attraction and short-range repulsion, braiding, characteristic velocities, formation and decay of plasmoids, and scalability are only some of those parts that characterize matter as plasma, as are the dozens of instabilities that occur.

It is the failure to concede an electrically active Universe that drives astronomers to desperate theories.

Electric stars are begotten through a process called, “charge separation”. Positive ions and negative electrons move in ways not governed by gravity, although gravity might help to create a charge surplus in one volume of space over another. A weak electric field will develop, and an electric field, no matter how weak, will initiate an electric current, generating a magnetic field. Those charge streams form twisted pairs of filaments in plasma called Birkeland currents. Birkeland currents draw charged material from their surroundings, allowing magnetic fields to pinch the ultra-fine dust and plasma into heated plasmoid blobs called stars.

Gravity has its place, but it is a weak force compared to electricity.