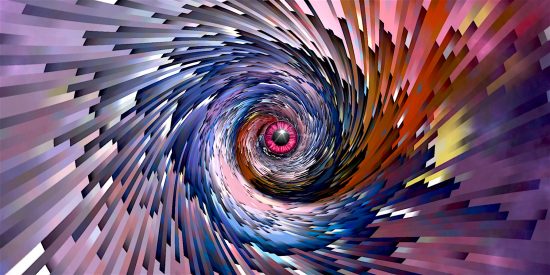 “The Eyes of Truth are Always Watching You” by Eduardo Mueses

Christiaan Eijkman discovered that a bacterium in polished rice caused beriberi and an anti-toxin in the coating cured it.

Eijkman verified his theory with a massive study of 280,000 people. He ruled out the possibility of other causal factors–sanitation, hygiene, and so on. And he cured victims by feeding them unpolished rice, just as his theory predicted. He was awarded a Nobel Prize for his achievement.

Gerrit Grijns followed in Eijkman’s footsteps. But Gerrit was a crackpot, that is, he had an altogether different idea. He imagined beriberi was caused not by something in the rice but by something not in the rice. He began looking for data that would raise doubts about Eijkman’s theory: Beriberi was also ssociated with diets of tapioca root; foods other than rice polishings could cure it. And no one could find Eijkman’s bacterium.

Both theories explained the facts. Both theories predicted the cure. Both theories were verified. But Grijns’ theory could be applied to a much larger assemblage of data and had benefits far beyond the domain of rice diets and beriberi.

Today, astronomers attribute the non-Newtonian motions of stars and galaxies to an infection of dark matter in the universe. Gravitational theory–which has been experimentally verified many, many times–can explain the observed motions only by assuming there’s some unseen matter swirling around outside what we see. The cure is in the galactic polishings.

An abundance of anomalies raises doubts about gravitational theory: Galaxies that are supposed to be astronomically far from each other are interacting; the primary distance indicator, the cosmological redshift, is quantized in sharply delineated bands; matter is collimated into extremely thin, long, and coherent filaments; concentrations of matter that should be pulling everything in are spewing everything out. And the quantity of dark matter needed to explain those anomalous motions turns out to be over 90% of the universe.

Douglas Allchin’s paper “The Epistemology of Error”, discusses the episode of Eijkman, Grijns, and beriberi. He emphasizes that the important distinction for characterizing knowledge is not the conventional “dichotomies of fact/artifact, true/false, and right/wrong.” Rather, the “key epistemological distinction … is between empirically unresolved questions, or uncertainty, and resolved questions.”

“Grijns’s challenge was not to show … that beriberi was a nutrient deficiency. Rather, he had to show first how initial evidence consistent with a bacterial interpretation was ambiguous. Then … it could indicate something else. Allchin identifies “uncertainty as the primitive state. Fact and artifact co-emerge from undifferentiated perception.”

He goes on to assert that simply confirming a theory doesn’t provide reliability. Verification must be accompanied by a search for alternate explanations, which he calls “error probes”. He presents the idea of error probes in a rather static way: A theory, such as Eijkman’s, which is verified, is later shown to be “erroneous”. But in moving from one to the other, a dynamic process occurs. One can’t assume (as the term “error” tends to do) that the process stops with the second theory. The later theory may eventually be shown also to be erroneous.

The concept of “domain of validity” fits better with an ongoing process of discovering alternative explanations. The domain of Eijkman’s theory was the data then available about rice diets and the effects of polishings. Within the boundaries of that domain, Eijkman’s theory was true. Verification, then, is a “truth probe” that probes no further than a theory’s frontier. Eijkman’s efforts were limited to truth probes. He neglected to perform an error probe because he assumed (albeit unconsciously) that the domain of the bacterial theory was infinite. You can’t learn anything new if you limit yourself to verifying what you already know.

Presumably, Eijkman was not in a position to be able even to imagine a cause bigger than bacterial infection. But his work began the process of differentiation that prodded Grijns to imagine a bigger concept. Similarly, Newton was not in a position to imagine anything bigger than gravity. His error–and that of his mainstream followers down to the present day–was the assumption that the domain of validity of gravitational theory is universal. Newton didn’t know about plasma or galaxies or redshifts or error probes. His followers, however, don’t have this excuse of simple ignorance. Their efforts to preserve the theory at the expense of the phenomena are culpable.

To establish what Allchin calls “deep reliability”, it’s necessary to investigate possible alternative explanations. “[R]eliability hinges on a dual process of confirmation and ruling out error.” Today there are a number of alternatives to the Newtonian idea of universal gravitation. Tom Van Flandern developed a theory of “limited action” gravity. Fred Hoyle and Jayant Narlikar have proposed a variable-mass version of gravitation. And there are several proposals of electrical and plasma dynamics that largely or entirely replace gravity. All these theories explain more data and have further-reaching implications than the mainstream theory. Their domains are larger. Their potential benefits are larger. Their promises of increased understanding of the universe are larger.

Universal gravitation suffers from “shallow reliability” that extends no further than verification. Even that is eroding as space probes discover anomalous details to once-confirmatory data. Ambiguity is increasing. Knowledge heretofore assumed to be secure is slipping back into the primitive state of uncertainty. It will re-emerge transformed by a new resolution. The error probe, when finally it’s forced on a stubborn and blind establishment, will find the error to be Newton’s.