Home Picture of the Day Second to the Right, and Straight on till Morning

Second to the Right, and Straight on till Morning 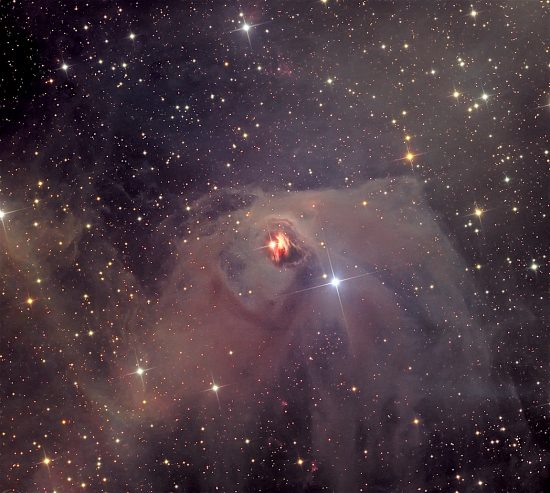 Stars do not age according to modern ideas.

“It is reasonable to hope that in the not too distant future we shall be competent to understand so simple a thing as a star.”
— Arthur Eddington, Astrophysicist

T Tauri stars take their name from the original star discovered in October 1852 by John Russell Hind. They are thought to be young stars, since their composition accords with conventional ideas about star formation. Lithium, found in T Tauri spectra, is supposed to indicate stellar youthfulness, since stars are supposed to “condense” out of nebulae composed primarily of light elements.

Stars like the Sun live their lives according to theories that involve hydrogen fusion. They consume fuel in well-defined stages: first they are born as T-Tauri stars, then they enter their adulthood as “G-type” stars. As written elsewhere, consensus ideas suggest that, once stars exhaust their supplies of hydrogen their hydrostatic equilibrium decreases, causing their cores to contract, which raises the core temperature. At 100 million Kelvin, a star’s core begins to consume helium “ash” that collected there. That increased temperature also means that stars form a hydrogen-burning region outside the helium core. Astronomers believe that stars in that stage of evolution become cooler, but brighter. This is what allows them to determine stellar ages based on the Hertzsprung–Russell diagram.

Star cluster formation in various nebulae do not conform to the standard model, however. Stars are thought to form on the inside of nebular clouds first, since gas and dust is more concentrated there. The theory of star formation requires gravity to concentrate dust and gas into smaller and smaller dimensions until fusion ignites. That idea is now called into question.

Using the Chandra X-ray Telescope, astronomers analyzed various nebulae in X-ray light. Combining that information with infrared data from the Spitzer Space Telescope enabled them to use their theoretical models as a way of measuring stellar ages. What they found did not match what was predicted: stars on the outside of many nebulae are found to be older than those inside.

The reason that conventional ideas about star formation are confused is because astrophysicists fail to consider electricity as a formative and sustaining force. In an Electric Universe, gravity, density, compression, and mechanical phenomena are overshadowed by the effects of plasma behavior. Stars are not balls of hydrogen gas that are crushed into helium and electromagnetic radiation by gravitational pressure. Rather, they are the loci of galactic z-pinches in Birkeland currents.

Electric discharges in plasma clouds create double layers along the current axis. Positive charge builds up on one side and negative charge on the other. A strong electric field forms between them, and if enough current is applied the sheath will glow, but it is otherwise invisible. Electric charge flows along the sheaths. In plasma, electric charges spiral into filaments. Filaments attract each other, but rather than merging they spiral around, gradually pinching down into arc mode discharges.

The Electric Star theory explains many ideas about plasma and electric fields in space. Instead of kinetic effects, nebulae are powered by electricity. The electric power density in dusty plasma is greatest along the axes of Birkeland current filaments. The current produces an electromagnetic field that draws matter to the filaments from surrounding space more strongly and from a greater volume than is possible with gravity. When sufficient matter accumulates in the filaments they luminesce. Stars are born along those filaments.

Bright X-ray knots in nebulae come from electric filaments creating z-pinches in plasma. Those z-pinch zones are located in various parts of any particular nebula, not necessarily in their centers or their edges. Dating the ages of stars cannot be done using conventional models, so astronomers will always find new mysteries in their theoretical models.