Current Models of the Sun — A Charged Subject Part 4 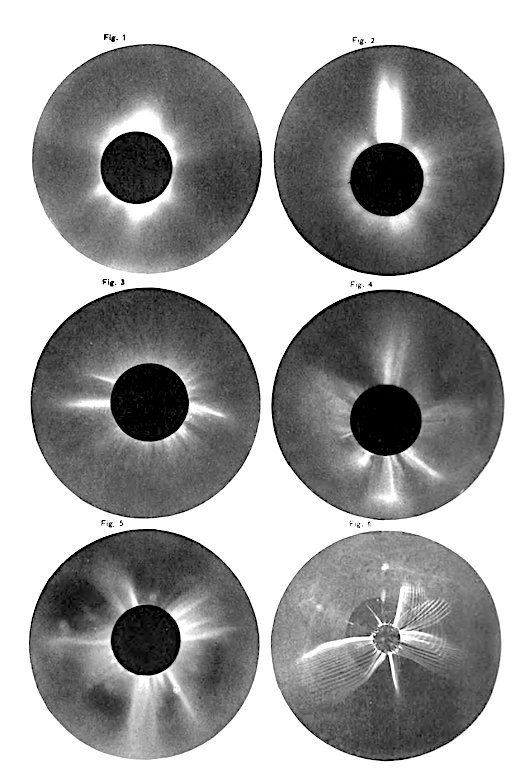 Up to this point, the electron had not yet been discovered. Around 1879, the French physicist Antoine Henri Becquerel (1852-1908) reasoned that “solar spots are cavities by which hydrogen and other substances escape from the sun’s photosphere” to eventually produce the earth’s aurora:

“… the hydrogen takes with it positive electricity which spreads into planetary space, even to the earth’s atmosphere and the earth itself, always diminishing in intensity because of the bad conducting-power of the successive layers of air and of the earth’s crust.”

It was still generally held that the propagation of electricity through planetary space was “limited by the diffusion of matter, since it cannot spread in a vacuum.” This was to change in 1881, when the German physicist Eugen Goldstein (1850-1930) asserted that “the discharge is a process which takes place in the free æther”, reviving a view expressed in some of the quotations given above. In 1876, Goldstein had coined the term ‘cathode rays’ for what are now called electron beams – narrow and focussed beams of electrons traversing a vacuum. Accordingly, he is credited with the view that the sun emits ‘cathode rays’, which produce the aurora:

“… certain terrestrial phenomena of an electric or magnetic nature which, because of the coincidence of their periods or epochs with solar changes, have been explained as due to the statical influence, magnetic induction, &c. of the sun’s mass, might possibly be more conveniently referred to electric currents radiating through interplanetary space from the central body. … it is conceivable that the sun radiates electric rays as well as light-rays through space.”

William Huggins (1824-1910) was an English astronomer who speculated that prominences in the sun’s corona “may themselves be, in part at least, electric discharges analogous to terrestrial auroræ.” In 1885, he told the Royal Society of London:

“The grandest displays of terrestrial electrical disturbance must be altogether insignificant in comparison with the electrical changes which must accompany the ceaseless and fearful activity of the photosphere. … Surely it is not too much to say that our terrestrial experience of lightning and of auroræ fails to supply us with any adequate basis for a true conception of the electric forces in action on the sun.”

Following in the footsteps of scientists cited earlier, Huggins argued that the zodiacal light may be a function of coronal activity, that Mercury and Venus “are permanently charged with electricity of the other name to that of the sun”, as do “the more distant planets”, and that comets interact with the sun electrically. Speaking of the “luminous streamers and rifts and curved rays” seen in cometary comas, analogous to coronal streamers, Huggins enunciated:

“… the only theory upon which they can be satisfactorily explained, and which now seems on the way to become generally accepted, attributes them to electrical disturbances, and especially to a repulsive force acting from the sun, probably electrical, which varies at the surface, and not like gravity, as the mass. A force of this nature in the case of highly attenuated matter can easily master the force of gravity, and as we see in the tails of comets, blow away this thin kind of matter to enormous distances in the very teeth of gravity.”

Marching forward, in 1891 and 1892 the American physician Major Albert Veeder (1848-1915) defended his ‘electro-solar hypothesis’, claiming that eruptive electrical forces from the sun, most reliably marked by faculae, are conveyed through the corona and the zodiacal light to the earth, where they are involved in aurorae, anticyclones and earthquakes.

In a speech given in 1892, the German-British physicist Franz Arthur Friedrich Schuster (1851-1934) identified some of the subjects requiring further, open-minded research. These included the sun as “a powerful magnet”: “The comets’ tails, which eclipse observations show stretching out from our sun in all directions, probably consist of electric discharges. The effect of a magnet on the discharge is known …” Another concerned the ‘ether’: “Is there sufficient matter in interplanetary space to make it a conductor of electricity? I believe the evidence to be in favour of that view. But the conductivity can only be small …” And a third revolved on sunspots:

“… is it not possible that electric discharges setting out from the sun, and accelerating artificially evaporation at the sun’s surface, might cool those parts from which the discharge starts and thus produce a sun-spot? … May not the periodicity of sun-spots, and the connection between two such dissimilar phenomena as spots on the sun and magnetic disturbances on the earth, be due to a periodically recurring increase in the electric conductivity of the parts of space surrounding the sun? Such an increase of conductivity might be produced by meteoric matter circulating round the sun.”

In that same year, the Serbian-American physicist and chemist Mihajlo Idvorski Pupin (1858-1935) reported that a series of ‘coronoidal electrical discharges’ he had produced on a brass sphere inside a large glass bulb with a poor vacuum, in “various degrees of rarification”, “resemble in many characteristic details the appearance and behavior of the solar corona”: “All these phenomena suggested to my mind a very strong similarity between the streamers of an electrical discharge through poor vacua and those of the solar corona …” Apart from features recalling the granular structure and faculae seen on the sun, one “discharge between the brass sphere and the tinfoil … looked like a black-faced Medusa with fiery serpents dancing all around her head.” Pupin was probably innovative in his use of what I proposed to call a solellus (‘sunlet’) in May 2012 – a ‘terrella’ employed specifically to model the sun.

Fast forward again, to 1903, when the German physicist Hermann Ebert (1861-1913) laid out his “Electro-Magnetic Theory of the Sun’s Corona”: “The corona is the visible reaction of the finely divided matter in the vicinity of the Sun, upon the dielectric polarizations proceeding from the different parts of the Sun” when “electric forces are excited” near the sun. Where earlier theories of “Electric forces diverging from the Sun”, such as that of Zöllner, had presupposed “that glowing material particles were rent asunder from the Sun’s mass and driven forward by electric repulsive forces”, contravening “dynamical principles”, Ebert noted that “rapidly changing dielectric polarizations spread out in streams” suffice. The use of a solellus enabled Ebert to replicate the “filamentary structure of the corona” and its change from a collapsed to an expanded state during the solar cycle:

“It is only necessary to excite, on a conducting ball mounted in a rarefied atmosphere, such periodically changing electric oscillations of slow damp. … When the ball was charged and discharged, during the play of the sparks in the gap, radiating streams came out of it without any conductor on the external surface of the glass cylinder. The streams go out from the points of the ball, on which the causes disturbing the electric conditions of the surroundings are most closely massed together, particularly on irregular curved parts of the surface, caused in our experiments by small variantions from a true sphere. The phenomena produced in this manner … show the following special qualities, and find their perfect analogies in the Sun’s corona …”

Using the same apparatus, Ebert obtained “phenomena which agree altogether with the appearance of comets; standing apparently in the most intimate connection with the Sun’s activity” – notably a tail pointing away from the ‘sun’. And, although “recently denied altogether by some authorities, for example by Lord Kelvin”, Ebert also deemed “the connection of the Sun’s activity and the Earth’s magnetism” plausible: “If the Sun is really the seat of electro-magnetic disturbances, then it must necessarily be the source of electro-magnetic radiation. The Earth is a conductor … the electro-magnetic streams of the Sun must act upon the magnetic condition of the Earth.”