Home Picture of the Day Transmission from Beyond 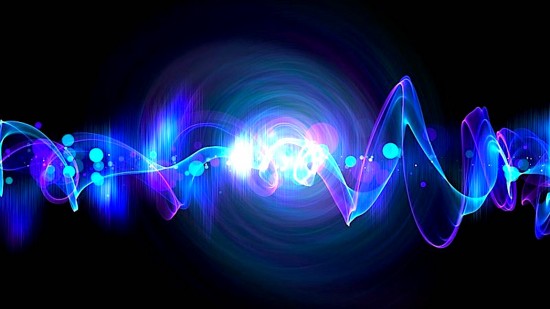 Redshift is the method astronomers use to measure the distance to remote objects in space. Parallax measurements enable them to determine the distances for nearby stars, but past a few light-years the angles are too small and cannot be resolved.

Using the 100-inch telescope at Mt. Wilson observatory, Edwin Hubble believed that he observed galaxies receding from the Milky Way. According to calculations, some galaxies were traveling away from his observatory at thousands of kilometers per second.

Adapting the Doppler effect to spectrograms of various galaxies, Hubble thought that the shifting of elemental signatures called Fraunhofer lines in their spectra indicated that the lightwaves had been shifted toward the red end of the spectrum by a “recessional velocity”. Since Fraunhofer lines occur at specific frequencies, if they are in a different location, they have been Doppler-shifted because of the element’s acceleration.

More than seven years ago, radio astronomers discovered a powerful energy signature they called a “Fast Radio Burst”, or FRB. The five millisecond event was described as releasing more energy than the Sun puts out in a month, since it was said to originate at nearly a billion light-years away. Ironically, instead of a black hole’s birth pangs, the FRB was surmised to come from the death of a black hole.

According to cosmologists, if a black hole contains “M” solar masses it will “glow” at 6 X 10^-8/M Kelvin. That means a black hole ought to eventually explode like a hydrogen bomb. Even the astronomers who propose the idea consider it “speculative”.

Recently, another source for FRB energy was discussed in the scientific press: “cosmic batteries”. The press release states that some FRBs come from “black holes in orbit with neutron stars”. As they “…spiral towards each other, their close approach creates a sort of battery, which creates the power that sends these strange bursts into space.”

In their scenario, a black hole revolving in a neutron star’s magnetic field creates an electric current, which follows magnetic field lines that stretch between the two hypothetical objects. As Janna Levin of Columbia University wrote:

The “waving” magnetic field is thought to generate electricity, along with a plasma field. As researchers speculate, electric current moves through the plasma along field lines, causing them to shine in radio frequencies. As the two objects get closer together the “cosmic battery” increases in power. Right before they “collide” the charged particles in the electric field between them light up, creating a Fast Radio Burst.

Electric Universe cosmologists conclude that redshift is not actually an indicator of distance, so FRBs are occurring in nearby galactic neighborhoods. FRBs are not unimaginably powerful and are not the death throes of black holes whether they orbit neutron stars or not.

If correct, FRBs are actually nearby, and they are less energetic. Plasma is the correct way to interpret their behavior, but it is exploding double layers that impel them. Rather than relying on mathematical phantoms like black holes in tandem with overweight neutron stars, why not create real, testable hypotheses and work them up with real, physical models?

Radio waves and a range of energy curves are properties of lightning bolts. Computer simulations demonstrate that plasma phenomena are scalable over several orders of magnitude: they behave in the same way and illustrate basic premises whether in atoms or galaxies. Perhaps FRBs are really flashes of cosmic lightning erupting from electrified clouds of plasma on an immense scale.