Notes on an Incipient Cosmos Part One [DO NOT RE-RUN] 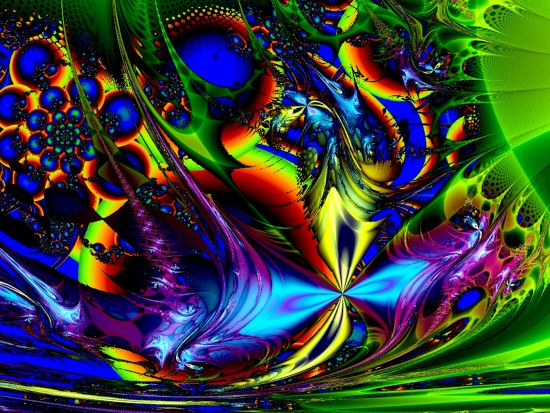 We live in a constellation
Of patches and of pitches…,
Thinkers without final thoughts
In an always incipient cosmos….
–Wallace Stevens, July Mountain

The Big Bang appears to be the final thought of astronomical scientific endeavor. The verified theories of gravity, gas dynamics, and particle physics can interpret all observations to explain the structure, origin, and evolution of the physical universe. But a closer examination of that thought reveals patches and pitches—and irony. The Big Bang theory expanded into consensus acceptance as the space age1 brought an explosion of observations that refuted it. In a Popperian world, it would have been rejected as falsified. However, astronomy is not solely about stars and ideas and logic. It’s a human activity in a context of biological and physiological constraints, linguistic and epistemic faculties, historical vicissitudes, and social vitality. Its theories are not truth-statements chiseled into the marble walls of a Museum of the Galaxies but rafts of understanding floating on a sea of incipience.

Before the space age1, the night sky was dark. The light from a few thousand stars drifted down through the layers of darkness to twinkle in our eyes. We imagined those stars to be motes of gas and dust separated by miles of emptiness.2 We imagined them forming and moving according to the laws of gravity and collisions, tugging themselves into balls of thermonuclear fire.

The space age is dispelling the darkness. New instruments detect new light: radio and infrared light, ultraviolet and x-ray light. Those instruments see a bright sky that gleams and pulses. New instruments extend our other senses as well: We touch other planets and taste extraterrestrial rocks. We sniff a wind blowing from the Sun and hear the whispers of magnetism among galaxies. We see close-up the structures and movements of the motes, and we discover that they are not what we had imagined: Some display ropes of light that reach far into space. Others reveal glowing threads tied into hourglass shapes. And the motes move in response to a hand that is much heavier than gravity.

Almost every observation is surprising.

With the new instruments, we sense that the imagined motes are not gas and dust but plasma. They are embedded in bubbles of plasma, and threads of plasma connect the bubbles. The imagined emptiness is filled with plasma and webbed with magnetism.

It should have been obvious that our biological senses and our Earth-bound viewpoint imposed selection effects that were provincial in the extreme. Our theories were based on these tiny, spotty, and localized selections of data, and we should have been much more humble than to proclaim those theories to be explanations of the universe. What observations are unavailable due to lack of instruments? What theories are unavailable due to absence of nerve structures with which to think them? What possibilities are unavailable due to the particularity of historical developments? Although our new senses are more extensive, they still are likely to be more provincial than cosmopolitan.

This evidence of our new senses is an opportunity to examine the preconceptions that underlie the contradicted and patched theories, to consider alternatives, to ask further questions. Too often we mistake science for the theories it produces or even for the technologies that spring from the theories. But science lies in the questions; the answers are engineering.

Four questions distinguish the scientific investigation of a phenomenon: What is it? How does it work? What else could it be? How can we tell the difference? The answers push against each other, inspire new ideas and new instruments, uncover new data, and create new answers. Collections of answers stick together for a time and frame a worldview of consilient theories. And then further inquiries push the answers apart and lead to episodes of different answers. We need the answers in order to do things. But we need the questions more: in order to do new things.

Astronomers from Ptolemy to Copernicus sought combinations of perfect circles and uniform motion to explain the movements of the planets in order to cast horoscopes. Kepler and Newton initiated a new episode of questions and answers in which ellipses and proportional motion explained planetary movements, and with those answers we have traveled into space. The space age promises another episode of questions and answers, answers that may take us to the stars—if we don’t hide the questions under obsolete imaginings.

Throughout the centuries of dark and empty space after Newton, the theories of mass and gravity were adequate answers to the first two questions. Astronomers could not imagine anything else it could be, so they had no need to test the final question. Now the new senses, the new structures, the unexpected motions, and the pervasiveness of plasma have revitalized the third question. A number of “what else’s” have been proposed, and astronomers are now obliged to answer the fourth question.

But instead of asking, How can we distinguish among alternative theories?, traditional astronomers are asking, How can we save the traditional theory? Instead of seeking a new light of understanding, the institution of astronomy is seeking to turn off the light. In the dark of this willful blindness, theorists are inventing “new science” that is empty of empirical content. Because experiments with extreme compression of matter don’t produce the high-energy effects seen in certain stars and galaxies, astrophysicists propose that a preternatural collapse of matter, unavailable to laboratory testing, produces neutron stars and black holes. Because the falling and orbiting motions of objects on and around the Earth don’t correspond with the observed motions of stars and galaxies, astrophysicists propose that a phantasmal dark matter, undetectable by laboratory testing, makes up most of the universe. These mathematically elaborated defenses of pre-space-age theories have led astronomers and physicists to betray the empirical constitution of their sciences.

It’s no surprise that almost every observation is surprising.

The Big Bang has received “proof by association” with the successes of the space program. However, the space program is an engineering application of three-century-old Newtonian mechanics and has only an ironic tie to modern astronomy: The observations of the new instruments and their deployments in space undermine the Big Bang. Newtonian mechanics works well for sending rockets to other planets (as long as corrections can be made in route); it works not at all to explain observations beyond the Solar System unless it is patched with so many corrections and additions that it disappears beneath the stitches. Astronomers have gone back to the drawing board only to redraw the same old mechanical concepts of gravity and gas with so much “dark theory” that little empirical content is left. The Big Bang theory, with all its accouterments and amendments, has become, in philosopher Richard Rorty’s words, “a nuisance.” The physical universe that the Big Bang explains is not the one that we now observe. The theory, like a kite with a broken string, has lost its tie to the empirical ground and flutters into fantasy.

Or perhaps it would be better to say that the empirical ground has broken away from the kite.

1 By “space age” I refer not so much to a temporal interval as to the invention and findings of instruments that enlarged our observational abilities beyond our biological senses and our terrestrial viewpoint.

2 If the distance from the Earth to the Sun is represented by one inch, then the Sun will be a mote 1/100 inch in diameter, and the nearest star will be another mote four miles away.