Home Picture of the Day Hot Under the Collar

Hot Under the Collar 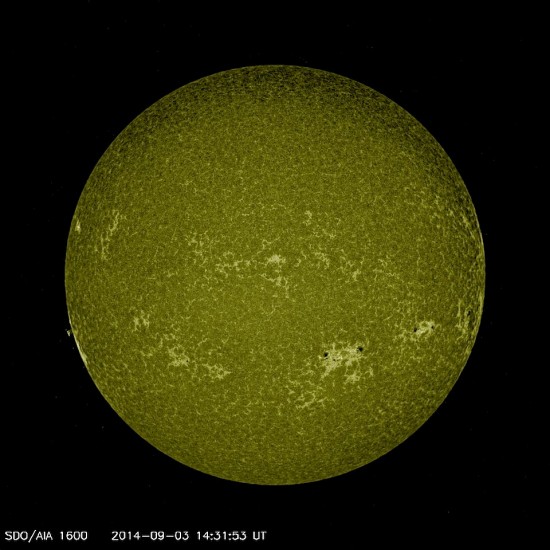 A recent coronal mass ejection could be headed toward Earth.

“A day without sunshine is like, you know, night.”
— Steve Martin

According to the Electric Sun hypothesis, the Sun is a positively charged electrode within a vast, galactic electric circuit. As previously written, the negative electrode is an invisible “virtual cathode,” called the heliopause, at the farthest limit of the Sun’s coronal discharge, millions of kilometers from its surface. This formation is known as a double layer, isolating the Sun’s plasma cell from the galactic plasma that surrounds it.

The voltage difference between the Sun and the galaxy occurs across the heliopause boundary sheath, the transition zone between solar plasma and the interstellar medium (ISM). Inside the heliopause the weak, constant electric field centered on the Sun is enough to power the Sun’s energetic discharge. The visible component of that plasma glow discharge manifests above the solar surface in various layers.

The chromosphere, at 500 kilometers above the surface, is where the “coldest” temperature exists: 4400 Kelvin. At the top of the chromosphere, 2200 kilometers up, the temperature rises to about 20,000 Kelvin. Temperatures then jump by hundreds of thousands of Kelvin, slowly continuing to rise, eventually reaching 2 million Kelvin in the corona. The Sun’s reverse temperature gradient agrees with the glow discharge model, but contradicts the idea of nuclear fusion.

An electric field, focused on the Sun from galactic Birkeland currents squeezed into a Bennett Pinch, causes a radial movement of charged particles: the greater their acceleration, the stronger the field. A positive space-charge sheath nearest the Sun accelerates positive ions, principally protons, to form the solar wind. As previously noted, however, the interplanetary electric field is extremely weak. No solar observatory has yet been launched that can measure voltage differentials across 100 meters, but the solar wind does confirm the Sun’s electric field, sufficient to sustain an ionic drift current across the Solar System.

During periods of high activity, electromagnetic pulses on the Sun eject charged particles in the billions of tons. They are normally slow moving, requiring about 24 hours to reach Earth. These coronal mass ejections (CME) excite atmospheric molecules at the poles, resulting in an intensification of the aurorae. If they are powerful enough, they can sometimes create overloads in power transmission lines because they induce electric charge flow in the wires.

Mainstream opinion suggests that the Sun accelerates electrons (and protons) away from its surface in the same way that sound waves are amplified. Energetic pulsations in the solar photosphere travel upward through “acoustical wave-guides,” called magnetic flux tubes, pushing “hot gas” outward. Formations known as spicules rise thousands of kilometers above the photosphere and carry the hot gas with them.

The Electric Sun theory, on the other hand, suggests that this activity is caused by electrodynamic phenomena and not kinetic, or even electrostatic energy. The basic premise of Electric Sun theory is that celestial bodies are immersed in plasma and are connected by circuits. Since the Sun is also “plugged-in” to the galaxy and to its family of planets, it behaves like a charged object seeking equilibrium with its environment.

Solar flares, and their associated CMEs, ought to be thought of as tremendous lightning bursts, discharging vast quantities of matter at near relativistic speeds. How those flares generate such highly energetic emissions is a continuing mystery to heliophysicists, but are more understandable when electricity is considered.