Home Picture of the Day Global Warming in the Ice Age

Global Warming in the Ice Age 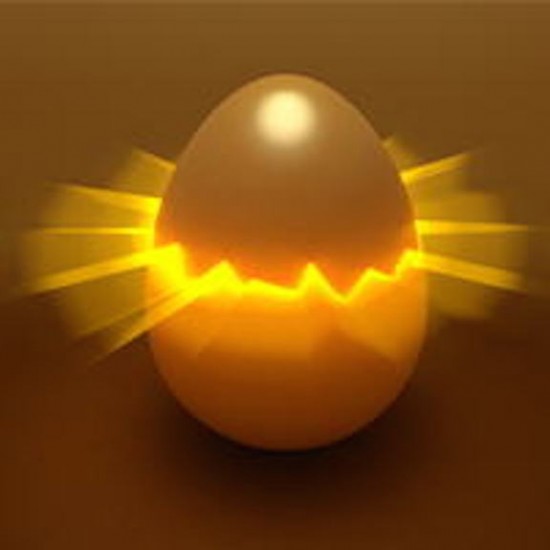 ‘A crack in the cosmic egg. Provenance unknown, but see http://www.mariposagroup.org/2ndtier.htm.

The melting of the glacial ice sheets in North America, Europe and elsewhere was a stochastic process.

Long periods of slow melting alternated with bursts of accelerated melting. Between the Late Glacial Maximum and the early Holocene, global sea level rose by 100 to 130 metres, but the rising experienced rapid ‘hikes’ during so-called ‘meltwater pulses’ or ‘catastrophic rise events’. These occurred at the onset of the Bølling warm period, the Holocene epoch and the Pre-Boreal cold period. Glaciologists blame some of the ‘megafloods’ of these periods on the sudden rupture of ice-dammed lakes. They are undoubtedly right, but, in the words of two specialists, “a fundamental problem remains: What initially triggered ice-sheet collapse? … deglaciation must have been triggered by an external mechanism that affected ice-sheet stability.”

The presence of humans in many of the affected regions during this period allows the possibility that memories of the events in question have been passed on in the course of untold generations. The mythological record is successfully mined to this intent. A collection of North American traditions suggests that a sudden outburst of light or heat ended a period of cold. A common storyline, which may shed light on the scientific puzzle, is that the light eruption was the consequence of liberation of the ‘sun’ or ‘heat’, hitherto confined in a box, bag or some other enclosure.

A few examples will illustrate this theme. A myth from the Shuswap (Kamloops area, British Columbia) implies a succession of periods of intense cold and heat, opening as follows: “At that time the earth was very cold, for the Cold People of the north ruled the elements, and delighted in having cold winds blow over the Indian country all the time. Thus people suffered much, and constantly shivered.” Heat was procured by freeing of the Chinook wind, until then confined in “a large round bag hanging on a post” in the land of the sun in the south:

“It contained the Chinook wind. … Fox ran at the bag and struck it. The fourth time he tried, the bag burst, and the Chinook wind rushed out. … At last the heat became so intense that the country took fire, and the Heat People made the fire run after the wind, thinking it would overtake Fox and Hare, and burn them up. … Thus the earth burned up for a long distance north, and many trees and people were destroyed. … soon the Chinook wind commenced to blow, and, the snow and ice melting under its influence, the people felt the cold no more.”

If anything, this tradition appears to describe a massive loss of life due to wildfires ending a period of cold weather.

A tradition from the Denésoliné (around Lac Île-à-la-Crosse, Cold Lake and Heart Lake, northeastern Alberta) emphasises a ‘snow-flood’ induced by the bursting of a similar ‘hot bag’:

‘In the beginning of time … a snow flood occurred in the month of September. It changed to an inundation after the mouse, by piercing the skin that contained the heat, had effected the outpouring on the earth. This heat melted in an instant all the snow which covered it, until the tops of the highest firs and it elevated the level of the waters so much that these flooded our planet and rose above the Rocky Mountains.’

Many cultures along the Pacific coast identify ‘Raven’ as the one who retrieved the missing or longed-for sun. A chief of the Bering Strait Inuit recounted a story of “the time when the first Innuits lived in Alaska” and “there was no daylight.” When Raven “learned how hard it was for them to live without daylight, how much they needed more light”, he “flew to a far-away land”, where “two balls of light” were kept imprisoned in a dwelling: “Catching the large ball of light in his great talons, the raven flew away. After traveling a long, long time he arrived at the far Northland of the Innuits. There he flew to a great height and dropped the ball on the ice. When it struck the ice it burst and flooded the Innuit world with daylight.”

Meanwhile, the Yaghan (Tierra del Fuego, South America) recalled a time when “the whole earth became covered with ice”, due to incessant snowfall, and “it was extremely cold”: “The water froze in all the waterways. Many, many people died because they could not get into their canoes to gather food. They were unable to leave their huts in order to collect firewood, for there was deep snow everywhere. More and more people died.” As in the Shuswap report, when the sun eventually “began shining brightly”, it seems to have done so in excessive measure, for it “burned so fiercely that it melted the ice and snow that had covered the earth to the highest mountaintops. Then much water came flowing down into the channels and into the sea. The sun was so hot that the mountaintops were scorched. They have remained bare to this day. The ice covering the wide and narrow waterways also melted. … Only on the vast mountain slopes and in the deep valleys has the thick ice remained until today. Here it was too thick even for that sun to melt it. One can still see this enormous mass of ice lying there; it even reaches down into the sea, so thick was the mantle of ice that then enveloped the whole earth.” According to another version: “When it eventually began to melt there was so much water that the earth became completely flooded. … After the glaciation the whole earth became flooded. … The enormous flood came so quickly and with waves so high that the people were unable to provide themselves with food …”

A comparative-mythological viewpoint shows that these traditions are embedded in the narrative framework of ‘creation mythology’, such that the time of ice and snow equals an age of primordial darkness or ‘chaos’, while the outflow of light represents the first sunrise, ushering in the ‘creation’ of the world. Although the melting of snow and ice is only included in a subset of myths, the abrupt efflux of light is reported globally. Groups in Alaska and British Columbia frequently relate Raven’s release of the sun without reference to its effect on the climate. In the Babylonian creation myth, the god Marduk, compared to the sun, divided the corpse of the monster Tiāmat into ‘sky’ and ‘earth’; the Titanic “monsters” in-between “could not endure the strength of the light and were destroyed.”

Elsewhere, notably in Egypt, India and Australia, the outflow of light was associated with the hatching of the sun from a ‘cosmic egg’. For example, the Vedic god Indra was praised with the words “bursting the firm enclosures, thou gavest splendour to the Sun and Morning.” And the Boorong (western Victoria, Australia) told that the earth “was in darkness before the Sun was made by Pupperrimbul, (the little bird with the red patch above the tail), when it became light”; Gnowee, the sun, was “an Emu’s egg prepared and cast into (tyrille) space by Pupperrimbul before which the earth was in darkness.” The ‘egg’ in such tales compares to the ‘bag’ and ‘box’ mentioned in North American stories.

A warmed-over explanation for the dramatic changes associated with the last glacial period invokes the effects of a sun-grazing comet. Over the past decade, the latest incarnation of this venerable school of thought, the ‘Younger Dryas Impact Hypothesis’, has gained much traction. Certainly, the mythological notion of exploding ‘bags’ of heat or light seems eminently compatible with that of violently disintegrating and possibly discharging comet fragments. The ‘age of darkness’, a staple of creation myths, could be the prior result of intense cometary dusting. Comets are rarely seen for more than a few months on end, but if a large one attained a temporary orbit within the inner solar system, it could have been seen for a longer period, always in the vicinity of the sun, like a gruesome morning or evening star. The enmeshed ‘sun’ of myth would then be a combination of the comet and the actual sun, but whether the comet’s coma and tail could have produced the optical effect of concealing the sun in a ‘bag’ is moot.

However, the explosions or impacts of the comet’s fragments are generally linked with the beginning of the Younger Dryas cold period, not its end. This contravenes the dating of one of the meltwater pulses and possibly also the import of the traditions reviewed above. Worse, the hypothesis as a whole is marred by serious scientific objections and mired in an on-going, heated debate.

That the late-glacial transitions between warm and cold periods were rapid, not gradual, is no longer deemed heretical. A fruitful way forward might be to expand the explanatory toolkit with other possible scenarios than cometary interference alone. Intriguingly, prominent themes in universal creation mythology might point the way. In myth, ‘enclosed suns’ seem akin to other types of ‘anomalous suns’, associated with a dense, low ‘sky’ and axes mundi, luminous columns with extraordinary discrete morphologies. Warming up to the possibility that these reports match plasma instabilities occurring in high-energy-density atmospheric z-pinches, one might agree that individual plasmoids in these pinches, emitting unbearably bright synchrotron radiation, would be attractive candidates for the trapped ‘suns’ of tradition, capable of rapidly dissolving ice cover. Could the Shuswap’s “large round bag hanging on a post” to the south allude to a plasmoid in a Peratt Column?

Comets, plasmoids or a combination of both – whatever the outcome may be, those who deny the possibility of catastrophic natural events within human memory altogether should soon feel the heat.