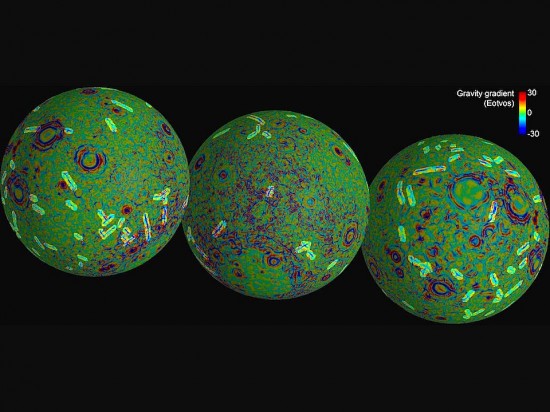 What caused the mass concentrations on the Moon?

Consensus scientific theories postulate that the Moon experienced extreme selenological activity early in its history. Cataclysmic devastation occurred at some time in the past. Giant craters, wide and deep valleys, and multi-kilometer long rilles crisscross its surface. The tacit implication is that the Moon was born long ages ago, perhaps several billion years or more, and has not changed much, since what happened then is visible today.

Most scientific theories are parochial in nature. They take their cues from what is observed on Earth, and use those data to model formations observed on other celestial bodies. Lunar “graben” are said to result from slow crustal movements similar to those that cause terrestrial earthquakes. However, there is no evidence that the Moon was once subjected to tectonic activity: it has no “crustal plates”, so no plate tectonics. Electric Universe theory proposes that structures in space ought to model what is found on Earth.

On September 10, 2011 NASA launched the Gravity Recovery and Interior Laboratory (GRAIL) satellites on a mission to the Moon. GRAIL-A and GRAIL-B, otherwise known as “Ebb” and “Flow”, were nearly identical spacecraft, except that Flow was designed to follow Ebb around the Moon in the same orbit. The onboard Lunar Gravity Ranging System measured the distance between the two spacecraft, watching for minute deflections caused by anomalous mass concentrations or mass deficits beneath the Moon’s surface.

The Lunar GRAIL mission came to an end on December 17, 2012 when both satellites were deliberately crashed into the Moon because their fuel supplies were depleted. Before that event, GRAIL provided data that enabled mission specialists to create several gravitational anomaly maps of the surface. One of the more interesting maps is shown at the top of the page: 22 separate linear anomalies with a combined length greater than 4800 kilometers. One feature is more than 500 kilometers long.

Electromagnetic anomalies on the Moon exhibit high albedo material also associated with areas of crustal magnetism imprinted on the lunar surface. It is probable that the magnetic and mass anomalies are related. Also, concentrations of certain minerals, such as olivine, surround several of the circular anomalies.

What could generate the gravitational readings that point to more or less mass density in those regions? If there are the remains of metal-rich asteroids beneath the crust, that does not explain areas where much less mass is detected. Some of the low mass linear anomalies pass through large craters, for instance.

The Moon is not uniform in its overall morphological characteristics. There is a major elevation difference between the two hemispheres. The nearside of the Moon is flat, with vast maria, whereas the farside is dominated by mountains and is heavily cratered. As written in previous Picture of the Day articles, this considerable dichotomy is reminiscent of the planet Mars.

The south pole of Mars is covered with dust and debris about 430,000 square kilometers in extent. There are thousands of craters at every scale: from the largest crater in the Solar System, Hellas Planitia, to those too small to see with the highest resolution cameras. The north pole of Mars might be considered a crater itself, since, as terrain mapping instruments in orbit reveal, the northern latitudes are six kilometers below the mean elevation of the planet. Perhaps the plateau at the pole is the “central peak” of a vast circular formation?

This correspondence to features on the Moon is striking. It could be that both Mars and the Moon experienced similar forces at some period. Were those forces the result of impacts by rocky bodies or vulcanism? They might have come from a source that is rarely considered by planetary scientists: electricity.

At some time in the recent past, a flow of electric charge appears to have impinged upon the Moon, removing material from one hemisphere (nearside) and depositing it on the other (farside). Those electric discharges also formed the great rayed craters. How recent those events must have been can be gauged by the superficial nature of the bright rays and their extent. The craters are not due to impact because the rays join the craters tangentially and not radially.

Plasma discharges that linger before jumping to another location excavate craters while melting the surrounding material. Electrons are pulled toward the center of the discharge channel, ripping apart the rocks and dragging the neutral material along with them. Finely divided dust is then sucked up into the vortex channel and ejected into space. This explains why the bottoms of the lunar maria are smooth and flat, with little or no blast debris. Subsurface electric currents tend to melt and concentrate matter, which may also explain why there are mass anomalies associated with the maria.

As has been written elsewhere, since the hemispheres and not the poles of the Moon are where the most intense electrical activity seems to have occurred, it is not beyond consideration that the Moon is no longer in its original orientation with respect to Earth. What we call the near and far sides of the Moon might once have been the two polar regions.