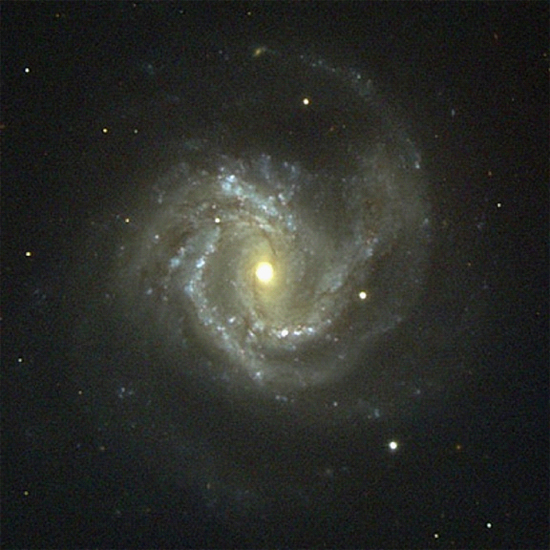 The term “diocotron instability” is not generally well known. Its use is confined to the field of plasma physics and refers to the distortions that occur when two sheets of plasma flow past each other. It is often confused with the Kelvin-Helmholtz instability seen in dynamical fluid interactions.

Since plasma is a charged substance, with a small percentage of its particles being ionized, it does not tend to obey the laws of kinetic motion. Rather, plasma is more strongly influenced by electromagnetism than it is by any other force, including gravity.

A principle of physics underlying all aspects of Electric Universe theory is that plasma makes up 99.99% of the Universe. From lightning, to auroral curtains, to the solar wind, to the interstellar medium, to stars, to the galactic glow permeating space, everything is plasma. As such, it is expected that what can be observed is going to be a manifestation of forces acting on electrically charged material, no matter how tenuous.

When unusual characteristics are observed, no matter what scale, the fact of plasma’s behavior should be given first priority in any attempt to resolve the question. In the image at the top of the page, a bizarre hexagonal formation can be seen in the arms of galaxy M61 (NGC 4303). There is little in the astronomical lexicon that can explain the bent, interlaced arms of what should be a smooth spiral.

Astronomers have no requirement for training in electric theory. Maxwell’s equations might as well be classical Greek poetry to most astronomers. They have far too much to do without getting involved in topics that are irrelevant to their work. Gravity is the foundation for the majority of scientific thought about the cosmos, so electrodynamic formulae are rarely consulted, if at all.

Many natural structures have been shown to be hexagonal: Saturn’s hexagon, hexagonal craters on planets and moons, and hurricane eyes, to name a few. Despite one astronomer’s contention that fluid dynamics is all that is needed to explain Saturn’s hexagon, it is not possible to use that explanation for the other phenomena, as well. Besides, there are other occurrences on Saturn that are clearly electrical in nature: the ring spokes, the Dragon Storm, the Great White Spot, the polar aurorae, and the mid-latitude ultraviolet discharges.

A diocotron instability explains the Saturnian hexagon quite well. Plasma’s characteristic behavior also explains the other Saturnian events. Can the same explanation appertain to galaxies?

Electric Universe theory considers galaxies to be the progeny of electromagnetic coupling. Birkeland current filaments conduct electricity across cosmic distances, twining around one another until they crush plasma into discrete formations. A typical barred spiral galaxy is created in two or more twists of those intergalactic filaments.

Diocotron instabilities in the Birkeland current filaments are most likely responsible for the hexagonal shapes seen in galaxies. Electric power can act with trillions of times more force than gravity. When a plasma Universe is considered, the mysteries left by gravitational theories are resolved.