Home Picture of the Day Faster Than Light: Part One

Faster Than Light: Part One 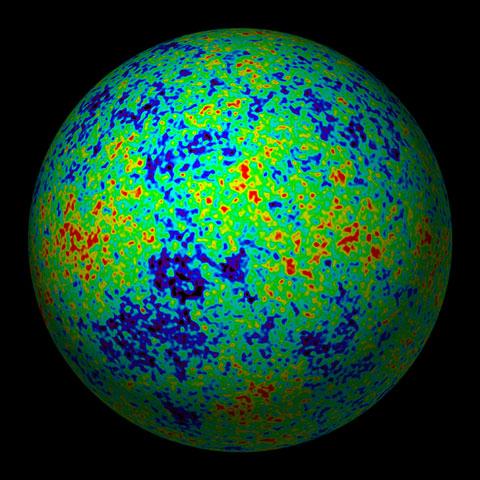 How big is the Universe? How old is it?

Today, cosmology is dominated by the Big Bang theory. The theory’s major premise is that there was once a void containing no matter, no space, and no time. For some reason not explained by the scientists who support the theory, an irruption of energy from another realm of existence replaced the void with what eventually became the present Universe.

The Big Bang theory was postulated because the astronomer Edwin Hubble, using the 100-inch telescope at Mt. Wilson observatory, believed that he had observed remote galaxies receding from the Milky Way. The most surprising piece of his recorded data was not the recession itself, but the high velocities associated with his measurements. According to his calculations, some galaxies were traveling away from his observatory at thousands of kilometers per second.

Hubble arrived at his conclusion because of what was later to be called the “redshift” of light frequencies in spectrograms from his galactic images. Adapting the Doppler effect (named for the Austrian physicist Christian Doppler, who came up with the idea in 1842) to the spectra of various galaxies, Hubble thought that the change in location of particular elemental signatures called Fraunhofer lines (for the German physicist Joseph von Fraunhofer) indicated that the lightwaves had been shifted toward the red end of the spectrum by an apparent recessional velocity.

Fraunhofer lines are supposed to occur at specific frequencies identified in the spectrum by the kind of element that is absorbing the light. If they are in a different location, then they have been Doppler-shifted because of the element’s acceleration. This forms the backbone of galactic-scale distance calculations and the supposed speed of recession that the galaxies display. Using this system of “redshift” some galaxies are measured to be moving away from Earth at an unbelievable 90 percent of light-speed.

All that we see and experience is supposed to have been born in the Big Bang explosion, so the original inertia imparted to the Universe came from that preternatural event. Since the distances and the recessional velocities of objects are correlated with a time-scale, something like a galaxy or a quasi-stellar object (QSO) that is 10 billion light-years away is also thought to be as it was 10 billion years ago. Astronomers are seeing ancient light that has been traveling through space for 10 billion years before finally impinging on their detectors.

The current estimate for the age of the Universe is 13.7 billion years, based on data from powerful telescopes that are supposed to be capable of detecting galaxies that approach that distance from Earth. As mentioned, distance and time are thought to be related to each other because of redshift, so as far as we can see into the Universe provides information that determines how old we perceive it to be. In other words, the diameter of the observable Universe should be approximately 27.4 billion light-years.

There is a conundrum associated with that figure, however. According to a current press release, the Universe is thought to be 156 billion light-years in diameter and not 27.4 billion! How can this be? The answer, according to theoretical physicists, is inflation.

Astrophysicists of the recent past were dismayed when their observations seemed to indicate greater complexity in the early Universe than should exist. As the principle of inflation states, though, it is not merely the acceleration from the Big Bang that is affecting the spectra of remote galaxies and QSOs, but that the space in which they are embedded is expanding.

If it requires X amount of time for a galaxy to form and the Universe is Y years old, then a galaxy should not exist at time-distances less than Y minus X. When such formations were seen, as far as the relevant theories are concerned, some other explanation had to be added to the Big Bang hypothesis to account for them.

So, objects that appear to be redshifted to extreme distances may not be as old as their spectra suggest: they are moving along with the expansion of space. Indeed, as the inflationary theory proposes, they are not as old as they appear to be, they are simply “farther away.” This dichotomy seems to demand that the early Universe was expanding faster than the speed of light, since its “size” is more than 11 times greater than its age.

Edwin Hubble’s observations of galactic distances versus speed of recession led to another quandary: galaxies that are far enough away would move so fast that their velocities would exceed the speed of light. This is known as the universal horizon, or the Hubble radius. It is the point beyond which our instruments can never see, because the light from over that horizon will never catch up to the greater than light speed expansion of space.

The theory of Special Relativity (SR) does not allow any object to reach the speed of light, let alone exceed it, so how do space scientists deal with the dilemma? They do so by ignoring the restrictions of SR and resorting instead to the General Theory of relativity where such restrictions do not exist. Since no information can be transmitted from beyond the Hubble radius, no violation of relativity occurs.

How did these twists and turns in ideas, as well as the warping of time and space come about? They are the direct result of the assumption that redshift correlates with distance. Modern cosmological systems are all built, without exception, on that assumption. What if Hubble’s original premise was flawed? What if redshift is really a red herring? Where then shall we turn for an explanation of what we observe? We turn to the work of Halton Arp, an astronomer whose reputation should be at least the equal of Edwin Hubble’s.