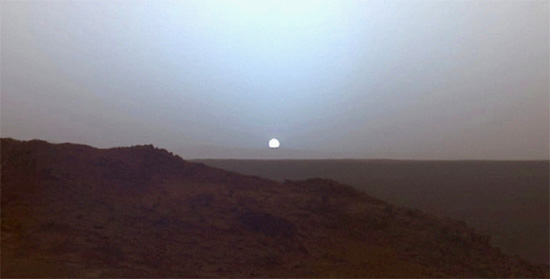 A new mission designed to study the Sun’s electrical relationship with Mars will soon be launched.

Sometime in the morning a few months from now, between November 18 and December 7, 2013, NASA will launch the Mars Atmosphere and Volatile Evolution Mission. Otherwise known as MAVEN, the project will investigate the upper atmosphere of Mars, the ionosphere, and the dynamics of solar wind interactions.

Onboard the spacecraft will be several instruments to monitor various phenomena that could provide valuable information to Electric Universe investigators:

* Ultraviolet Spectrometer to measure characteristics of the upper atmosphere.

Of the sensors included with the science package, four of the above instruments are primarily designed to gather data about electrical activity between Mars and the Sun, while the magnetometer will gather more precise measurements of its variable magnetic field. MAVEN data will help to determine what effect on the planet the loss of carbon dioxide, nitrogen dioxide and water vapor from its atmosphere to space has had over the eons, perhaps providing clues as to its possible habitability in the past.

The equatorial diameter of Mars is approximately 6793 kilometers, about half that of Earth. Its average temperature is minus 63 Celsius, compared to Earth at plus 13 Celsius. The atmospheric density on Mars is equivalent to standing on top of a mountain six times taller than Mount Everest.

Scientists speculate that four billion years ago, Mars lost most of its atmosphere. How is not known, but several theories have been put forward. An asteroid impact might have exploded with such force that it blew the atmosphere away. A torrent of charged particles blazing out from the Sun could have eaten away the atmosphere over millions of years, leaving Mars as it is today.

It is believed that Mars is covered with a global layer of permafrost because the annual mean temperature of the soil is so low. It is far colder in the northern and southern latitudes: so cold that carbon dioxide gas freezes into a solid, covering the landscape with dry ice. The atmosphere is so thin that water-ice will sublime directly into vapor. Therefore, say planetary scientists, any water left over from the more temperate period in the history of Mars “must be” bound up with thick icy soils, or locked in frigid underground vaults.

MAVEN is scheduled to remain in Mars orbit for about one year. At the low point in its elliptical orbit, it will be just 125 kilometers above the planet. At its high point, it will be more than 6000 kilometers out, therefore the mission team hopes to sample the atmosphere more thoroughly than in the past. Why does so much carbon dioxide remain when most of the other gases are gone?

With the observations from MAVEN, perhaps some other pertinent questions will be answered. What is the relationship to planetary atmospheres and the behavior of an electric Sun? Can present conditions on Mars provide examples of the electrical connection? Do present conditions on Mars offer analogues that can help us find clues to the catastrophic events in the planet’s recent past?

The history of the planets is difficult to determine. As these pages have attempted to point out over the years, each of them took part in several catastrophic events. The most recent of those events left its mark incised on planetary bodies, as well as on the human psyche. Mythology, art, and religion can all be traced back to that time of terror when the gods fought each other in the sky.