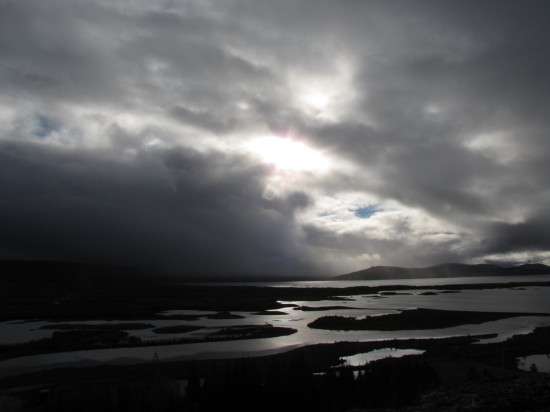 Many cultures recalled a period of unbearable cold, which they associated with a distant mythical age of ‘creation’, when the sun did not yet shine or fire had not yet been obtained.

Such tales are hardly surprising for higher latitudes, such as the Viking sagas of Iceland, but present a palaeoclimatological puzzle elsewhere.

For example, the Cherokee (originally along the Tennessee), who should be quite accustomed to climatic extremes, claimed that the first fire was confined to a special tree – arguably an axis mundi – at a time of lasting cold:

Eventually, mythical beings succeeded in acquiring the fire. At tropical latitudes meanwhile, the Quiché Maya (Guatemala) related that their first ancestors were overcome by circumstances most peculiar for central America:

‘After that a great downpour began, which cut short the fire of the tribes. And hail fell thickly on all the tribes, and their fires were put out by the hail. Their fires didn’t start up again. … And so again the tribes arrived, again done in by the cold. Thick were the white hail, the blackening storm, and the white crystals. The cold was incalculable. They were simply overwhelmed. Because of the cold all the tribes were going along doubled over, groping along …’

And the Bibbulmun nation (southwestern tip of Australia) referred to the ‘Dreamtime’ or the ‘ancestral’ time (Demma Goomber) as the ‘Nyitting times, the cold, cold times of long ago’. As the name says, the Bibbulmun qualified this past era as one dominated by unprecedented cold – and, consequently, by a savage mode of living:

‘In that far-off time Australia was not so warm and congenial as it is to-day. It was cold and bleak, and great glaciers of ice covered many of its hills and valleys. … “the icy cold (nyitting) times of long, long ago”. Now, in an icy cold country one must have fires, but there was a time when the Bibbulmun people had no fires, and they had to eat their meat raw and drink the blood of the animals they killed to warm their bodies.

The theme of a cold epoch meshes with the notion of ‘primordial darkness’ reported universally to have preceded the formation of the present natural environment. Another associated motif is that the embryonic earth was excessively muddy and wet, a necessary consequence of the earth’s putative original submersion in primeval waters. In addition, the moist earth is often linked with the aftermath of the deluge and the first appearance of humans and the sun. Though scholars never seem to have compiled the material, let alone considered it, the literature is awash with examples. A selection follows.

The Greek geographer Pausanias (c. 110-180 CE) seems to have accepted that ‘it was by warming the earth of old when it was still wet and saturated with moisture that the sun made the first men’. The Yorùbá (Nigeria) told that ‘the world was nothing but mud, and quite unfit to live in’ in the wake of the flood:

‘… in the beginning the world was all marshy and watery, a waste place. Above it was the sky where Ol-orun, the Owner of the Sky, lived with other divinities. The gods came down sometimes to play in the marshy waste … But there were no men yet, for there was no solid ground.’

The Zuñi (New Mexico) recalled ‘a mythic age, “when the earth was soft”.’ The Keres (Santa Ana and Santo Domingo, New Mexico) claimed: ‘The world was still wet and soft until the Sun, father of the Twin War Gods, dried it and made it habitable.’ The Diné (Four Corners region) concurred: ‘At first the land was covered with water, a wet and disagreeable place …’ In a tradition from the Arikara (Dakota), the deposition of the first people on earth was unsuccessful due to the wetness of the earth following the deluge: they were ‘set … down on the earth with a crash, and as the ground was still wet with the water that had covered it, they all sank into the soft earth.’ According to the Quiché Maya, the surface of the earth did not dry until the rising of the first sun, which was fiercely hot:

The Barkindji (western New South Wales, Australia) preserved the belief that ‘THE ROCKS USED TO BE SOFT’. The Kogi (Colombia) stated: ‘At dawn the universe was still “soft”, “wet like clay” …And the Nivaklé (Paraguay and northwest Argentina) related that the earth at first ‘was still soft, like wax, sticky … the earth was still soft; the water had just dried up, and the sun still had not come out. … After two days the sun came out. … The earth was getting harder and harder, because the sun had come out. The first day the sun came out it began to dry out little by little, but as the sun shone more and more, the earth got a bit harder every day. … When the earth was changed, the sun came out after two days and began to dry the earth’.

If anything, the widespread cultural memory of times when it was dark, cold and soggy on Earth would find an elegant explanation in late glacial conditions, when the earth’s extensive ice cover had begun to melt in many places, but temperatures remained low and sunlight feeble. Of course, one must add a disclaimer that the ‘earth’ and ‘people’ in mythical parlance are not always to be taken literally; in some instances, the newly created ‘earth’ and its denizens appear to refer to a discrete complex structure seen in the sky, arguably composed of plasma. While this muddies the waters, it is part and parcel of the same mythical texture as the material cited above and is not necessarily contradictory.

Be that as it may, a link with the end of the ‘last Ice Age’ would date these myths to some 10,000 to 15,000 years ago. This age bracket seems far more reasonable than Harvard Indologist Michael Witzel’s recent opinion that the world’s creation myths date back some 40,000 to 100,000 years ago. Surely ages of such staggering magnitudes are on much thinner ice. When will the overwhelming evidence for recent mythogenesis sink in?