Home Picture of the Day Columns of Insects 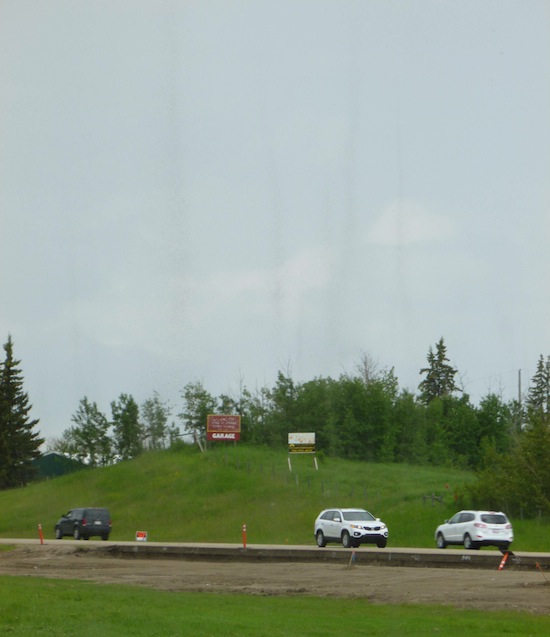 Do these columns of insects indicate diffuse Birkeland currents ahead of a storm?

The faint dark columns are composed of swirling insects and are around 60 feet high. Swarms of insects are common in this area but a resident witness says that he has never before seen thin columns of them like this. Notice how the columns are somewhat regularly spaced.

One explanation for the columns is that the males and females seek each other out and start flying around each other in spirals because of their pheromones, and that draws them together into columns. The pheromone explanation seemingly does not account for the spacing, nor does it follow that males chasing females would wind them all up into a somewhat attenuated column, and that being a vertical one.

If the pheromone explanation is correct, why not horizontal columns or at any random angle? We can realize that these columns probably do not even form if there is any kind of wind at all, but the slightest drift of air would send the pheromones in a direction that would tilt the column. The EU thinking would simply suggest that these insects were gathered together into these spaced columns by the diffuse vertical swirling Birkeland currents that can precede a storm system. At least the vertical feature implies the Birkeland current, which would be vertical, and the electrical effect would override a small drift of air.